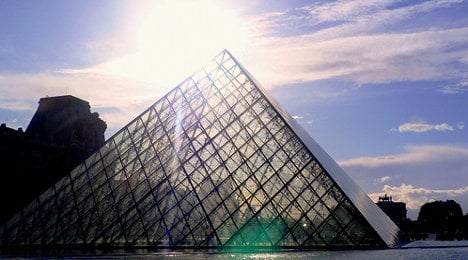 The mercury is set to rise in France on Thursday, if only for a couple of days. Photo: Jim Larrison/Flickr

The summer will finally make an appearance in France on Thursday with the country set for a scorching hot couple of days.

According to Météo France temperatures in the south west could will flirt with the 40°C (104°F° mark) notably in the Aquitaine region on the Atlantic coast and its all to do with warm air being blown over from the Sahara desert apparently.

In Les Landes and the southern Gironde department temperatures are forecast to hit 39/40°C. On average the thermometre will remain between 35°C and 38°C for most of the south west.

Unfortunately for Brittany in Western France, the summer weather could be brought to an abrupt end with a risk of storms for later on Thursday. (see map)

The French capital will get a much needed dose of sun to boost vitamin D levels of its inhabitants with the mercury forecast to hit 32°C in the afternoon. In June, France launched its “Plan Canicule” (heatwave) to warn the public against the dangers of the summer heat. Up until Thursday, it has not been of much use, but for the coming days, the public are being advised to stay hydrated and if needed stay out of the sun.

The scorching weather will continue on Friday but unfortunately for sun seekers, it won’t last. The clouds and the rain are expected to return for much of France on Saturday, with a risk of violent storms on both days.