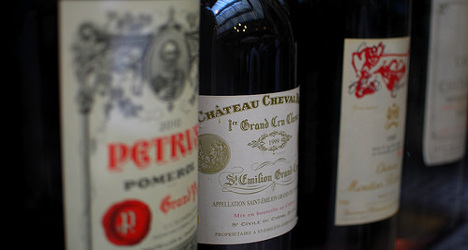 Wine fans were in mourning on Tuesday after a truck dumped a load of fine French wine. Photo: Ash_Crow/Flickr

Wine connoisseurs mourned the loss of 18,000 bottles of 2011 Saint-Emilion Grand Cru on Tuesday after the truck carrying the booze flipped over on a French highway.

It appears the truck driver failed to navigate a turn in a roundabout on the outskirts of the tiny southwestern France village of Saint-Sulpice-de-Faleyrens on Tuesday when disaster struck, French newspaper Sud Ouest reported.

The driver was fine, though there was no word on whether he’d been sampling the fine wine before things went wrong. Online there was little concern for the driver, but quite an outpouring of grief for the lost wine.

One wine lover asked: "Shouldn't there be a national day of mourning?"

"I've seen some tragedies, but something this catastrophic, never," wrote another wine lover.

But @kaduma tweeted with a bit of humor: "I have learned with regret that my cocktail party is going to be cancelled 🙁 A small problem with the delivery."

It's been a tough couple months for the world of wine in France. First we heard the pesticides used to keep French grapes from being gobbled as they grow might be killing the sperm of farm workers.

Then the French lost their title of the world's top drinkers of wine to the United States. The latest blow for wine was news that French bosses can now ban drinking plonk at the work place. For years the labour code banned employers from outlawing wine in the office, although harder stuff had long been off limits.