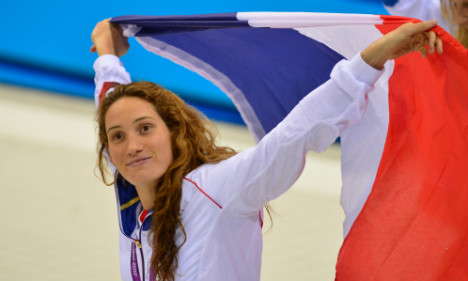 The French woman told L'Equipe newspaper on Saturday that she had made a "mature" decision to call an end to her career.

Muffat said she had had a disagreement with her coach Fabrice Pellerin and that that had led her to end her career,

"It will stay between us like many other things, good or bad, But I mention that because that was what started things off," she said.

Muffat, however, did not rule out completely a return to swimming. citing the cases of Michael Phelps, Laure Manaudou and Ian Phelps, all Olympic champions who retired but later made comebacks.