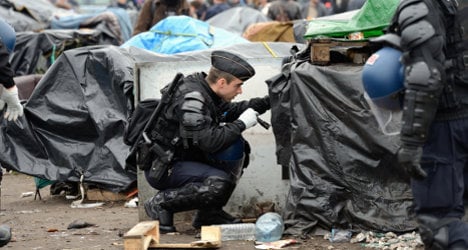 Although the order doesn’t name migrants specifically the UMP mayor has clearly had enough of the temporary camps that are regularly set up in the town.

The mayor’s move comes after migrants, who amass in Calais before making a bid to get to the UK, were expelled from various camps in recent weeks by riot police.

The text of the order bars people from occupying andsetting up camps in various areas of the town from 9am until midnight.

In the decree the municipality argues the “continued and regular presence by individuals and groups”…in certain areas is “disturbing public order”.

The decree also mentions the threat to public health caused by the human waste and rubbish that builds up at the temporary camps.

“With the summer period bringing in an affluence of tourists the situation will only be exacerbated,” the mayor states.

Migrants-rights groups are planning a protest on Saturday to show their anger against the policy to destroy camps and move on the migrants without any alternative accommodation set up for them.