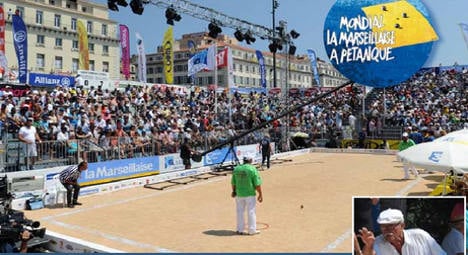 The Marseillaise World Petanque Championships have been marred by death threats this year. Photo: La Marseillaise

Say the word ‘pétanque’ and it might elicit a chuckle or kind smile from many French people who love the game but also recognize its association with pensioners sipping Pastis on a warm July day.

However, things got pretty serious last week at this year's "Marseillaise World Petanque Championships", which brings together some 13,000 players of the bowling-type game, the English call "boules" that is similar to Bocce ball.

In fact a team from the town of Marchiennes in northern France packed up their boules and went home after an opponent allegedly threatened to kill them at the tournament that draws 150,000 spectators and teams from 20 different countries.

SEE ALSO: Ten things you really to know about Pétanque

According to a report by France Television, the trio from Marchiennes were ahead 11-6 (the first to hit 13 wins) last Thursday prompting one of their adversaries, a member of a team from the southern city of Vitrolles, to allegedly strut over and deliver a clear warning.

Here's a video of one of the players recounting the threats (French-only video):

According to France TV, the stunned Marchiennes players then watched as their opponent strolled over to the judges’ table and reported his victory. Taking the unsolicited advice of their threatening rival, the northern players kept their mouths shut.

The run-in left the team rattled enough they hopped on the next train out of town. One of the three northerners Anthony Laruelle told France TV: “They said were dead if we repeated any of what happened.”

“It’s something that happens often in pétanque,” Patricia Jeanjean, president of the pétanque committee in Marseilles told France TV.

The northern players did get some cold comfort from fate of the team that “beat” them. The trio from Vitrolles lost in the next round of play.

The final of this championship will take place on Thursday.

Tournament organizers have not responded to The Local's request seeking comment on the alleged threats.

SEE ALSO: Ten great French institutions that are under threat 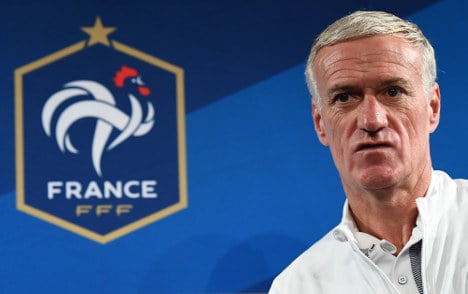