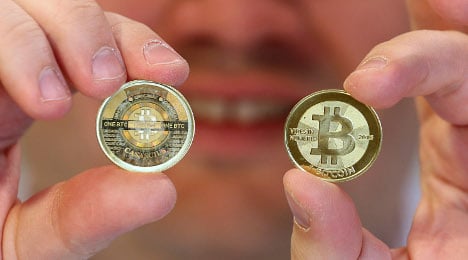 French police have smashed an illegal Bitcoin trading ring, the "first in Europe" to be busted. Photo: Getty/AFP

French police said on Monday they had smashed an illegal Bitcoin trading network, seizing virtual currency worth €200,000 ($272,000) in the first such operation in Europe.

Two people have been charged and are in custody following raids last week in the French southern cities of Nice, Cannes and Toulouse and in Brussels that led to the seizure of 388 bitcoin.

“This is the first time that an illegal exchange platform for Bitcoin like this one has been dismantled in Europe,” a police statement said.

The two men charged are a 27-year-old Tunisian who ran the website trading in Bitcoin and his suspected accomplice, a 36-year-old Frenchman.

Virtual currencies, most famously Bitcoin, have come under increasing scrutiny by financial regulators as their popularity has grown.

Launched in 2009 by a mysterious computer guru, Bitcoin is a form of cryptography-based e-money that offers a largely anonymous payment system.

But regulators argue the lack of legal framework governing the currency, the opaque way it is traded and its volatility make it dangerous.

In France, platforms that exchange Bitcoin and euros have to be approved by the ACPR, the bank and insurance supervisory body.

Police found that the website run by the two suspects had not been authorised by the ACPR, and charged them with undeclared work and illegally acting as a banker.

The Tunisian suspect was also charged with money laundering.

French banking authorities have expressed the need for caution around the use of the virtual money noting that it is not only highly volatile but also unregulated by authorities.

The Bank of France is sceptical about the currency, and in December last year underlined that the “highly speculative” currency poses a “certain financial risk” to users.

“Even if the high volatility of the bitcoin is of possible interest for individual or professional speculators, they should be aware of the risks they are taking,” the bank said.

Bitcoin recently made headlines when the US Federal Bureau of Investigation closed the Silk Road website where illegal drugs, forged documents, hacker tools and even the services of hit men were hawked with payments made using the virtual currency. 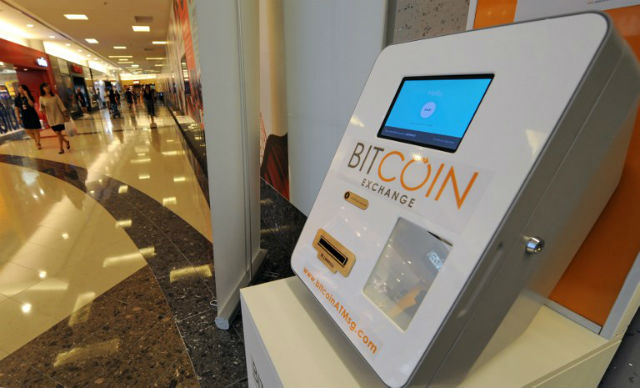 A bitcoin ATM at a shopping mall in Singapore. Photo: Roslan Rahman/AFP
The seller, a South Korean businessman with a company specialised in the crypto-currency in Singapore, accepted the proposition nevertheless and met the Serbian buyer in July.
But once the transaction was completed in a hotel in the city of Nice, the South Korean realised the 500-euro notes he had been handed were crude, photocopied fakes, police sources told AFP.
After the victim filed a criminal complaint at the end of July, the Serbian man was arrested at a top-end hotel in the glitzy town of Cannes in the south of France, apparently living the high-life with a luxury car and a 100,000-euro watch.
After appearing in court, he was remanded in custody on charges of fraud and being part of a organised crime network, his lawyer Gerard Boudoux told AFP on Sunday.  Police are still looking for his alleged accomplice.
The South Korean said he had been approached by the men initially over a possible investment in his company. The discussions led instead to the transaction that would see the South Korean transfer the bitcoin to a foreign account in exchange for the cash.
Regulators worldwide are grappling with the boom in crypto-currencies like bitcoin, which are known to be used by criminals for transactions and money-laundering.
SHOW COMMENTS
Url copied to clipboard!