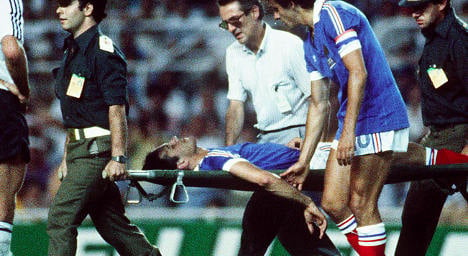 Patrick Battiston is stretchered off the pitch after being poleaxed by German goalie Harald Schumacher. Photo: AFP

Frenchman Patrick Battiston's place in World Cup folklore is not down to a goal or piece of skill but for being knocked unconscious by German goalkeeper Harald Schumacher in the 1982 World Cup semi-final.

Schumacher's brutal shoulder charge on Battiston became known in France as the 'Tragedy of Seville'.

Battiston, now 57 and in charge of Ligue 1 side Bordeaux youth academy, kept his own counsel for a long time over the incident which happened just seven minutes after he had come on as a substitute and saw him lose a couple of teeth, suffer bruised ribs and damaged vertebrae and eventually slip into a coma.

With France set to face Germany in the World Cup quarter-finals on Friday – the first meeting at the finals between the two European titans since the 1986 semi-final which the French lost 2-0 – interest has once again been reignited in the dramatic events of that evening in Spain.

Battiston, who appeared in three World Cup finals and was a member of the French side that won the 1984 European championships, said it would be wrong to solely remember the game for what happened to him.

His terrible injuries not only carried a personal cost but also to the team as with only two substitutes allowed in those days Michel Hidalgo was forced to send on his final one.

The importance of fresh legs was brought home when despite leading 3-1 in extra-time the French wilted while the German substitutes engineered a comeback which saw them draw 3-3 and win on penalties.

"Entrenched in our memories is this charge by Schumacher who flattened the little Frenchman," said Battiston.

Battiston, capped 56 times, says he had already noticed before he came on to replace Bruno Genghini five minutes into the second-half that Schumacher was very pumped up.

"I remember his attitude even when I was sitting on the substitutes bench," said Battiston, who sticks to the belief that Schumacher's action was not intentional.

"I observed his behaviour, the way he clashed with Dominique Rocheteau and Didier Six. I thought he was very hyped up, very excitable. I remarked on this to the other players on the bench."

Schumacher's only regret is that he didn't realise how seriously injured Battiston was and instead of paying attention to him he strolled off, without even a booking.

The referee Charles Corver claimed afterwards he failed to see the incident because he was 'following the ball'.

However, Battiston was less impressed by Schumacher's remark that 'I will pay for the crowns' at the press conference afterwards when a journalist informed him of the extent of the Frenchman's injuries.

"That was not a very wise remark. It was pretty gauche," Battiston said.

"Still to his day I have a cracked vertebra and broken teeth."

Indeed it is Corver not Schumacher who bears the brunt of Battiston's ire today.

"Recently I tumbled upon by accident images of the match on Arte (a German/Franco financed TV station).

"I paid more attention to what happened on the pitch, after I had been stretchered off, as I had never seen them before.

Ten reasons why France is better than Germany "The refereeing by Corver who did not whistle for obvious fouls when Germany went behind. That struck me as odd and we have the right to be astonished by that."

Battiston, little by little, regained some of the memories of that night.

Michel Platini holding his hand in the way someone holds a dying person's on the way to the hospital and worse the jokey discussion between Corver and Schumacher, both of whom appeared impervious as to the seriousness of what had happened and which revolted the whole of France.

A line was finally drawn under the incident at least on a personal front when Schumacher, shocked by the negative reaction to him back in Germany, asked his agent to organize a press conference between the two of them after the finals even though Battiston had already forgiven him.

"Maybe he did feel guilty, one can draw all sorts of conclusions as to what he did feel. All I know is that Schumacher was someone who wanted to win at all costs and he went way over the top that evening." 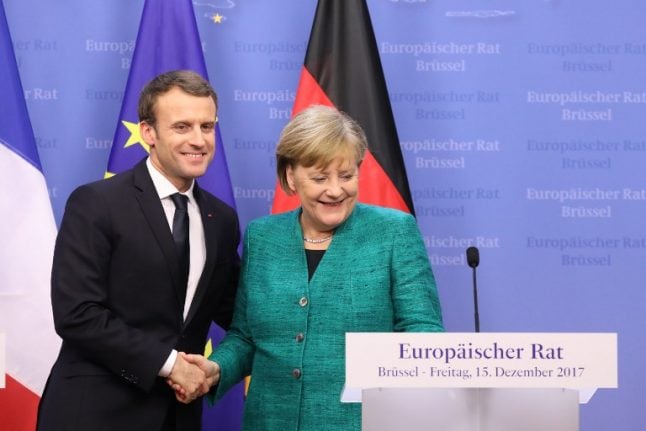