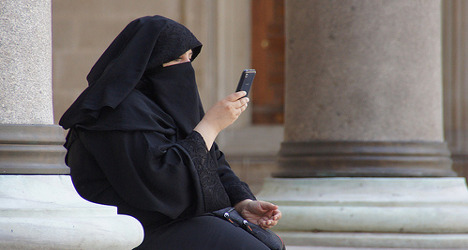 Amnesty International France threw its backing behind a lawsuit that tried to convince the European Court of Human Rights that France’s full-face veil ban infringed upon the civil rights of Muslim women.

However, the court saw it differently and ruled on Tuesday that France's four-year-old ban does not violate the human rights of Muslim women. It's the third time the European court has backed France's contentious law governing the wearing of religious headgear in public.

Many onlookers might find it puzzling that a human rights watchdog like Amnesty International would oppose the banning of full-face veils that critics argue is oppressive to women.

However Amnesty France's president Geneviève Garrigos tells The Local that the basis of the court's ruling – that the veil ban is based on the valid principle of "living together" – sets a dangerous precedent to allow governments to limit other freedoms.

Why is the European court's ruling so dangerous?

It opens the door to a number of abuses.

The court found that member states have the latitude to legislate and restrict the freedom of expression in cases of what it has called the “living together” principle.

In its ruling the court defined the principle as the need for people to follow the norms and standards of the particular society in which they’re living.

On the basis of an argument of that nature, one could say people of the same sex cannot hold hands in the street because it could shock others and thus put in danger the principle of “living together.” Behind this logic are numerous arguments that could be used to limit freedoms, yet the European Union has always been opposed to this notion of cultural relativity in the realm of freedom of expression.

When we begin to acknowledge this type of reasoning it makes other limits to the freedom of expression possible. For example the numerous conservative movements in the gay marriage debate in France could argue, in the name of the “living together” principle, that homosexuals should no longer live openly.

It's possible because this argument says open homosexuality could shock others and justify a prohibition and limitation of other people’s freedoms.

Many people in western countries consider the full-face veil a symbol of women being dominated. What does Amnesty think about this?

According to the Interior Ministry 1,900 women in France wear the full veil. Amnesty International’s message is very clear. Not all women are forced to wear it. A certain number wear it because it’s their choice and when they do it’s because it’s their common practice.

There is also the debate about the veil's role in Islam, but that’s not how we are approaching it. If one woman thinks she needs to wear a veil or a wig or wear clothing that covers her until her knees, that doesn’t mean in and of itself that it’s an element of domination.

What we at Amnesty International put forward is that French law already forces people to show their faces during an identity check and there is another law that protects women from abuse and discrimination, including domestic violence. There are already rules that protect women in these cases and the law about the veil doesn’t bring anything new.

Why and how did Amnesty get involved in the veil case?

It’s not so much that we have supported the young woman, but campaigned against the abusive use of a rule that limits the freedom of expression.