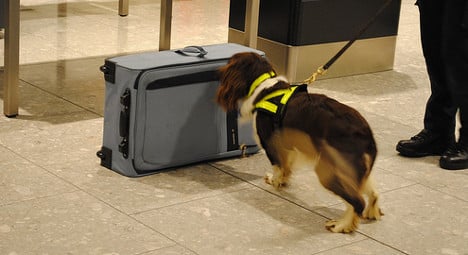 Police in the southern city of Marseille have spent a week trying to find some explosives that they lost in the cargo area of Marseille airport.

According to Europe1 radio, the material was hidden during an exercise to train police dogs to find explosives. The only problem is officers forgot where they had placed it and it seems the dogs had not been sufficiently trained to be able track down the scent.

According to a preliminary inquiry “there was a negligent supervision” of the exercise.

The explosives were lost when pallets were being moved around in the cargo area of the airport during the exercise, police sources told Europe1.

Police said a criminal investigation was underway to explore who is to blame for the mishap, police said. Whoever is responsible could be subject to “administrative penalties and lawsuits”, police say.

Investigators believe the 100 grams of explosives have likely been lost rather than stolen.

Police have reassured the public that the material is harmless without a firing device.