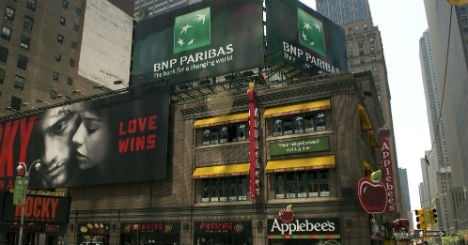 "I want to be clear: we will be punished severely because malfunctions have occurred and mistakes were made," director general Jean-Laurent Bonnafe wrote to employees on Friday, French news channel i-Tele reported.

"But this difficulty we are facing will not impact our roadmap."

The New York Times reported on Friday that BNP Paribas is set to announce a deal next week to plead guilty to helping some countries avoid US sanctions and agree to pay an $8.9 billion (€6.4 billion) fine.

BNP Paribas is accused of breaching US sanctions against Iran, Sudan and Cuba between 2002 and 2009 by handling $30 billion (€22 billion) worth of transactions with them.

At the request of US authorities, the bank — France's largest by capitalisation — has already severed ties with a dozen employees, including two senior executives.

The case has strained ties between Paris and Washington, with the French government warning a mooted fine exceeding $10 billion (€7.2 billion)
would endanger negotiations on a US-EU free trade agreement and cause a knock-on effect through the banking system.