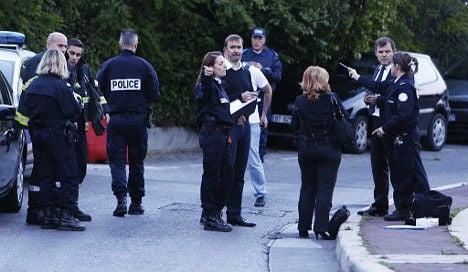 A wealthy Monaco heiress's son-in-law has admitted a role in her murder. Photo: AFP

The son-in-law of the 77-year-old heiress of one of Monaco's richest families has admitted to involvement in her murder last month, Marseille prosecutor Brice Robin told AFP on Friday.

Wojciech Janowski, a 64-year-old who is also Poland's honorary consul in Monaco, "recognised his involvement" in the killing of Helene Pastor while in detention this week, Robin said.

He said more details would be revealed at a press conference in Marseille at 5pm.

Janowski has been in custody since Monday, when he was arrested along with 22 others by police investigating the shooting of Pastor multiple times as she was leaving a hospital in the French Riviera city of Nice on May 6.

Her driver, Mohammed Darwich, 64, also died from injuries sustained in the attack.

Prosecutors had until the end of the day Friday to charge those detained or release them.

Robin said earlier that police had identified two suspects alleged to have been hitmen hired to kill Pastor.

The two men — a 31-year-old and a 24-year-old from Marseille's rough northern districts — had been identified as being "present at the location of the killing".

They were identified thanks to surveillance cameras, mobile telephone records and traces of DNA found in a Nice hotel where they stayed on the day of the killing.

Police are also said to be investigating "suspicious financial flows" in Janowski's accounts.

Pastor had inherited a huge real estate and construction business set up by her Italian grandfather Jean-Baptiste Pastor, a stone mason who moved to Monaco in 1880.

As the sleepy principality in the French Riviera slowly grew into a playground for the world's rich and famous, the family's fortune skyrocketed.