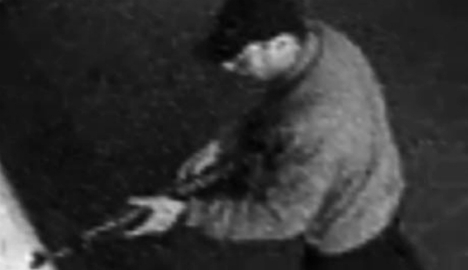 A French court ordered on Thursday the extradition to Belgium of a man suspected of carrying out a deadly shooting at the Jewish Museum in Brussels on May 24 that killed four people.

The court in Versailles, west of Paris, said Franco-Algerian Mehdi Nemmouche, 29, who was detained several days after the attack, should be handed over to Belgian authorities for "killings with a terrorist connotation."

The suspect then immediately appealed the decision to extradite him to Belgium. France's highest appeal court the Cour de Cassation will now hear the case.

Nemmouche, was arrested on May 30 in the southern French city of Marseille in possession of a Kalashnikov rifle and a handgun similar to the ones used in the attack on May 24.

He was detained on suspicion of murder and attempted murder in connection with a terrorist enterprise after the shooting in Brussels on May 24th that left four people dead.

On Thursday a court in Versailles ordered Nemmouche to be handed over to Belgian authorities in line with the European arrest warrant that had been issued following the murders.

The shooting by a lone gunman killed three people outright – an Israeli couple and a Frenchwoman, while the fourth victim, a 24-year-old Belgian man, was left clinically dead.

Customs officials detained Nemmouche at Marseille's coach station on board a bus arriving from Amsterdam via Brussels.

"These weapons were of the type used in Brussels," said one source. Another source close to the investigation said that "many elements are consistent with the shooting in Brussels".