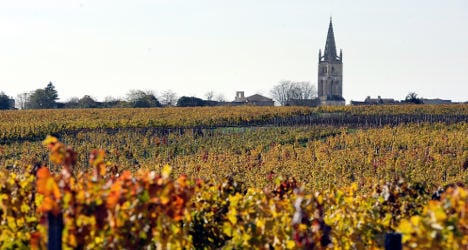 Chinese government funds have been misused to buy French vineyards, pay for a trip to Las Vegas and more, the state auditor said in a document revealing more than 300 serious corruption cases.

President Xi Jinping launched a much-publicised anti-graft campaign after taking over as Communist Party chief in late 2012, but critics say no systemic reforms have been brought in to prevent corruption.

Two companies in the northeastern port city of Dalian were granted 268 million yuan ($43 million or €31.6 million) by local authorities last year to buy overseas technology, but instead purchased 14 vineyards in France, the National Audit Office (NAO) said in its annual report.

Haichang Group, one of the firms it named, is currently the biggest Chinese owner of Bordeaux vineyards with more than 10 estates including Chateau Chenu-Lafitte, according to French media reports.

Executives with Haichang Group, a trading and shipping company that also has interests in property, tourism and agriculture, were not immediately available for comment when contacted by AFP.

The company is one of the two investors in a seaside theme park in Dalian that was passionately promoted by disgraced former political high-flyer Bo Xilai, who was once mayor of the city.

AFP was unable to locate a website or any publicised contact telephone numbers for the other Dalian firm, Ruiyang Investment Management Co. Ltd.

Chinese investors have been among the biggest buyers of French wineries in recent years. The purchases have raised concerns highlighted by a report last year by Paris's money laundering investigators Tracfin, calling for "increased vigilance" of such deals.

The NAO said a total of 314 cases where "major violation of laws and disciplines" was suspected, involving more than 1,100 people, had been "uncovered and transferred" to investigators.

The 2012 report had 175 such cases, it added in the document submitted Tuesday to the National People's Congress, China's Communist-controlled legislature.

China Geological Survey officials spent three days in Las Vegas during a trip to North America meant to study shale gas technology, and later claimed they were working in Canada at the time, the NAO said.

A tour by high-ranking officials organised by the State Oceanic Administration in 2012 to a Chinese research station in Antarctica spent half the travel time in France and Chile, it added.

Mismanagement of state assets was rife, the NAO said. An investigation into China National Cotton Reserves Corporation found that the company leased out some of its storage space while over two million tonnes of cotton were left in the open air.

Some executives of state-owned China National Petroleum Corporation, the country's top oil producer, "colluded with private companies or individuals to pursue personal gains" in deals such as asset acquisitions and sales, causing "grave losses to state interests", it said.

Bribe-taking methods have become more covert, it added, with offenders appointing brokers to receive kickbacks or exchanging favours for benefits such as shares and not cashing them in until they retire.

"Some invested part of their illegal gains in public welfare undertakings to build a virtuous image or pursue political status," the NAO said.