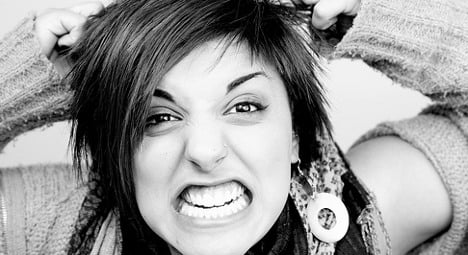 As the French air traffic control strike continued on Wednesday The Local's readers, many of whom have been directly affected by the walk-out, took to social media to air their often angry views.

"I was supposed to fly from Frankfurt Hahn to Lisbon this afternoon and guess what: Flight cancelled! Thank you, French air traffic controllers. Thanks to you I had to wait in the queue for 2.5 hours to maybe – just MAYBE – get on a flight to Porto and then another 3 hour ride to Lisbon. Thank you, you *£[email protected]***!", was how Edgar Mosquiera summed up his frustration on Facebook.

So much for being more friendly to #tourists! MT @TheLocalFrance: French airport strike. See here for details: http://t.co/oB75D2xWwi

June Seymour added: "They do seem to be on strike more than just about anyone else – they may well have a grievance but do they have to hold the skies to ransom quite so much! It's every year about now that it happens – power to the fliers for a change I say!".

Chickie Maclendon added: "Air traffic control is vital to any and all countries! Love ya, France, but get over it…. this is ridiculous."

@TheLocalFrance I am affected. From Barcelona to London. Flight cancelled. Who will pay for my "profit loss"? Les grevistes??? #Greve

For once many readers had sympathy with Ryanair and it's infamous boss Michael O'Leary, who has been calling for the European Commission to take away the French air traffic controllers' right to strike.

"I have just been caught up in it and am tired of these strikes. I am with O'Leary for once. Its not fair on the ordinary man in the street who has no control and left in a very difficult situation," said Sue Morton.

Ryanair right for once? MT @TheLocalFrance: 'Take away the right to strike' Ryanair on French air traffic controllers http://t.co/s8bm2uUaYY

Although not everyone was willing to side with Ryanair. "O'Leary &Co are such a bunch of drama queens. Every time there's an excuse to blame someone else for their poor planning and preparation they get vocal. The rest of the aviation world just gets on with doing the job," said Jem Collins.

Other readers turned their anger on the French in general, who it seems, have somewhat of a poor reputation around Europe due to the frequency of their strikes.

But some readers were backing the strikers with Craig Dewar saying: "I commend the workers".

Others went further and told those complaining to basically put up or shut up.

"Whats the fuss. Most people in the world can't afford to fly anywhere but we have to put up with the moaning passengers when they are an elite. Right to strike is fudamental to every-one its just tuff if it happens to effect you!" said Barry Weekes.

Samuel Sellem agreed saying: "To strike is a job policy right. And a good process to be heard. If you're not happy with strike in France, stop coming. Go lay your ass in another country. Stop complaining and start understanding the reasons of strikes,"

Sellem's comment on Facebook provoked an argument over the potential damage to France and French businesses by the strike. Where do you stand on the strike? Join our discussion on Facebook and Twitter by clicking on the links below.