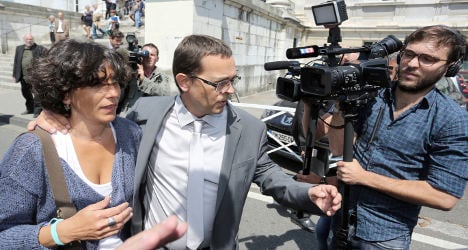 A French doctor whose emotionally charged trial over the deaths of seven terminally-ill patients gripped a country where euthanasia is illegal was acquitted Wednesday to thunderous
applause in the courtroom.

Nicolas Bonnemaison had faced life in prison when he went on trial in the southwestern city of Pau earlier this month but the judge announced Wednesday he "was acquitted of all charges" against him, bringing a smile to the 53-year-old's face as he held his lawyer's hand.

The verdict came just one day after France's highest administrative court authorised ending the life of a quadriplegic in a vegetative state, in a landmark decision that divided his family and was immediately blocked by the European Court of Human Rights pending a review of the case.

Government spokesman Stephane Le Foll said Wednesday's decision meant that the ruling Socialists had "a responsibility to develop the legislative framework", which for the moment only allows passive euthanasia but that President Francois Hollande is looking to change.

Bonnemaison, an emergency room doctor who has since been struck off the medical register, was accused of "poisoning particularly vulnerable people" — five women and two men who died between March 2010 and July 2011 soon after being admitted to a hospital in the southwestern city of Bayonne where he worked.

His trial began on June 11 and heard intense — and sometimes poignant — evidence touching on compassion, the solitude of the doctor in taking decisions, the danger of his or her power and vivid descriptions of agony.

"No one here will go home unscathed after what was said here," prosecutor Marc Mariee acknowledged in his final statement Tuesday.

The families of the victims — some hugely grateful to Bonnemaison, others who felt he did not keep them informed — as well as a doctor who once made headlines for ending the life of a suffering patient were just some of those who took the stand in a trial that revived the painful debate on euthanasia.

The hugely divisive practice is illegal in France but Hollande promised during his 2012 campaign to look into legalising it.

A 2005 law in France already allows passive euthanasia, where a person causes death by withholding or withdrawing treatment that is necessary to maintain life.

And late last year, a panel set up by Hollande recommended legalising assisted suicide, which allows a doctor to provide a patient with all the necessary lethal substances to end their life, but lets them carry out the final act.

Bonnemaison's lawyers on Wednesday hailed a decision they hoped would force politicians to "go quicker" in modifying legislation governing euthanasia.

"There are no heroes nor are there any martyrs… This decision is enormous," said Benoit Ducos-Ader.

The French pro-euthanasia association ADMD also welcomed the verdict and said it was "urgent to reform" the 2005 law, which it argued was too vague and open to interpretation.

A smiling Bonnemaison, meanwhile, left the courthouse without a comment to the swarm of cameras and journalists waiting for him.

Perhaps most poignant during the trial were the testimonies of the families. The daughter and wife of Fernand Dhooge, who died in March 2010 aged 66 after fighting five cancers, told the court earlier this month they had asked Bonnemaison to alleviate his suffering.

"Thank you. Thanks to you it was less difficult," his widow Patricia had said, crying.

But the son of another victim, who was unable to say his final goodbye to his father, questioned the doctor's process.

"We left my father to go eat lunch. He should not have let us go. Why did he not warn us?" Yves Geffroy had said.

On Wednesday, the courtroom erupted in applause on hearing the verdict, while Bonnemaison's supporters outside hugged each other, some with tears in their eyes. 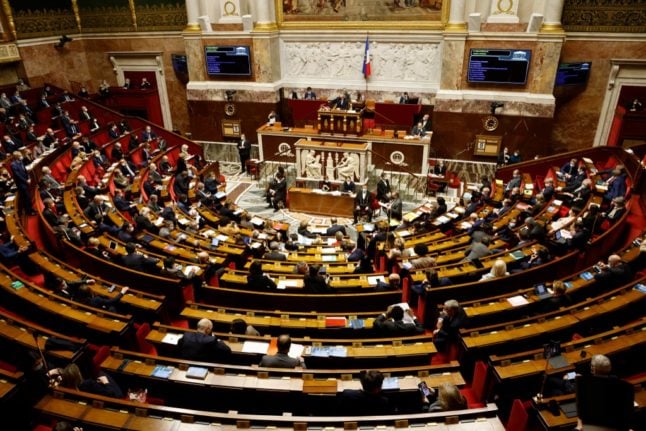