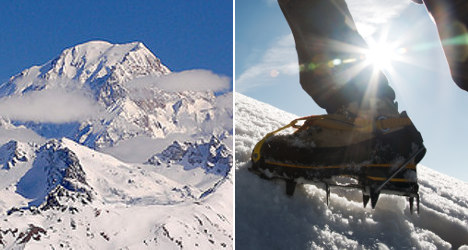 A climber had to be rescued from Mont Blanc after his boots were stolen. Climbing boots: Shutterstock

Most of the time climbers who have to be air lifted off Europe's highest mountain have suffered a serious injury, but that wasn't the case for one unfortunate mountaineer this week.

One climber found himself within a few hundred metres of the summit of the famous Alpine peak, but was to forced to call in mountain rescue services all because someone stole his walking boots, police told AFP.

Mountain rescue authorities from Chamonix, on Mont Blanc, came to the man's aide as he was left helpless at the Gouter refuge, which stands nearly 4,000 metres (13,000 feet) above sea level.

"When we find people in that situation, we extract them by helicopter. We don't leave them in their socks. It's pretty dangerous," explained mountain rescue chief Jean-Baptiste Estachy.

The Gouter refuge is on the route used by most climbers as they ascend Mont Blanc. The return requires several hours walking through snow down into the valley.