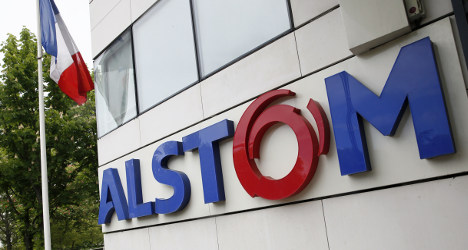 After initially suggesting it would never allow General Electric to take over Alstom the French government has now backed the offer. Photo: AFP

France clinched a deal to take a stake in Alstom on Sunday, a move aimed at preserving the country's strategic interests in the face of a bidding war for the French engineering giant.

The transaction would make the state the main shareholder, give it voting rights in Alstom and pave the way for US giant General Electric to buy the French group's energy business.

"We have a deal that was concluded this afternoon which allows the state to become the main shareholder of Alstom with a stake of 20 percent, in a manner that would ensure the sustainability of an alliance between General Electric and Alstom," Economy Minister Arnaud Montebourg told France 2 television.

"Finally we have won the industrial battle with an alliance rather than an acquisition, a devouring, an absorption – which was not just the fear of the government, but also of many French people and workers' unions," he said.

Alstom has been the focus of fierce bidding between GE and Siemens-Mitsubishi.

President Francois Hollande's government had objected to the GE bid when it first emerged in April, on the grounds that jobs and decision-making could be lost.

It instead encouraged German giant Siemens to make a counter-offer, hoping that a Siemens-Alstom tie-up would create a global-scale European group. But Siemens linked up with Japan's Mitsubishi Heavy Industries to present a rival offer, which analysts say would lead to a breakup of Alstom.

On Thursday, the government made a U-turn and said it now favoured GE's bid, before announcing a day later its intention to take a controlling stake in Alstom.

Under the agreement announced on Sunday, the state would have 20 months to acquire up to a fifth of Alstom shares currently held by French construction-telecoms conglomerate Bouygues at €35 per share.

The US group's offer of €12.35 billion ($16.8 billion) for the French group's energy business has now also won the blessing of Alstom's board of directors.

Alstom would now have to put the GE bid to employee representatives and gain regulatory approval related to foreign investment rules.

However, Siemens chief Joe Kaeser insisted that "it is not over", in an interview with Bild newspaper, adding that he is still open for negotiations with Alstom and the French government.

"The doors are open for Alstom and the French government," he said, according to extracts of the interview released ahead of Monday's publication.

Siemens and Mitsubishi improved and simplified their linked offer on Friday, increasing their valuation of Alstom's energy division to €14.6 billion ($19.9 billion).

Their revised bid came less than a day after GE had made several changes to make its offer more attractive.

The beleaguered Alstom is seeking to offload its energy businesses — ranging from wind power to turbines for nuclear reactors — as it feels that they are not large enough to compete globally.

The fate of Alstom, which employs 18,000 people in France out of a total 90,000 worldwide, is an important issue for the French president, who is battling to reduce a huge trade deficit and record unemployment as his approval ratings have dropped to record lows. 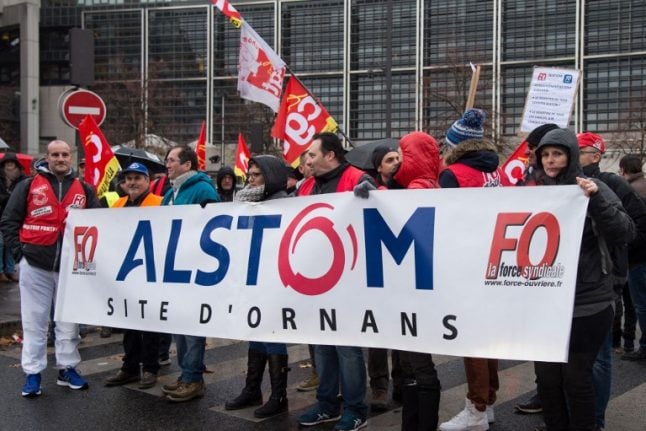