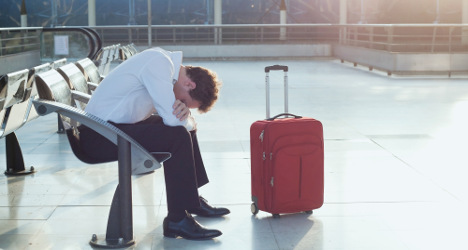 Another week, another strike. Now its the turn of air travel to face major disruption in France. Photo: Shutterstock

After a ten day rail strike travellers in France have just about had enough.

But it looks like there's more travel disruption to come after two unions called on air traffic controllers to walk-out next week.

Flights throughout France will be severely disrupted after 60 percent of the country’s air traffic controllers backed a six-day walk-out in protest against planned cuts to air navigation resources.

Another strike! Why are the French always downing tools? SNCTA, which said in a statement that it was “extremely worried”about the challenges facing air navigation over the next five years, came on board after Unsa-ICNA earlier this month announced its members would strike at the start of the busy summer period, the newspaper said.

The unions are protesting against planned resources cuts between 2015 and 2019, which they say will threaten the “necessary performance and modernisation needed to ensure an efficient air navigation service in France”, according to the statement.

The cuts form part of a European Commission plan, called Single Sky Europe, to reduce air navigation costs. Unions fear the move will lead to the liberalization and a "forced low-cost" ethos in air traffic.

They warned that “a large number” of flights would be cancelled next week while flight schedules will be severely disrupted.

Air traffic controllers staged widespread strikes in June 2013, which in some cases prompted the cancellation of half of all flights, against funding cuts.