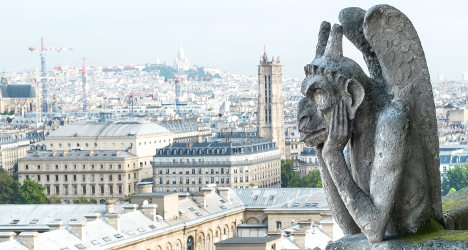 Be nicer to tourists. Thats the French plan that they hope will help boost tourist numbers. Photo: Shutterstock

France unveiled plans on Thursday to boost tourism and said it needed to eradicate its surly reputation as its status as the world's top destination for foreign visitors faces increasingly stiff competition.

Speaking at the close of a national conference on tourism, Foreign Minister Laurent Fabius said the government had fixed a target of attracting 100 million foreign tourists annually compared to 83 million in 2012.

Accompanying him, commerce minister Fleur Pellerin said France would try to iron out inconveniences faced by tourists, especially in getting visas.

She also said the country needed to "recover a sense of hospitality" as "too often we mistake service with servility" and said authorities should use the Internet better to promote tourism.

France – and particularly Paris – has a reputation of being unfriendly to tourists especially if they do not speak French, and waiters are widely viewed as rude.

Are Parisians really that rude to tourists? We ask the visitors.

The French capital's image has also suffered from muggings and other attacks on tourists, especially well-heeled Chinese travellers lured to a city they see as an epitome of fashion, luxury and culture.

@TheLocalFrance in don't think Parisians are that bad, particularly if you make the effort to speak the language.

More than one million Chinese visitors come to France every year, and the government would like to increase that figure.

But several well-publicised attacks on Chinese tourists – such as the robbery of a group of 23 Chinese visitors in a restaurant shortly after they landed in March last year — have cast a cloud on this desire.

"Tourism is not an amusing or secondary matter… the stakes are the same as exports," Pellerin said.

At stake is much-needed cash at a time of dire crisis in France, particularly when neighbouring Britain is claiming that Paris has lost its mantle to London as the world's top destination for foreign tourists.

Reviving the traditional Britain-France rivalry, French authorities dispute this and say the City of Light is still the top draw.

He said he would also work to classify more sites as tourist zones to allow more shops and eateries to remain open on Sundays, particularly around Boulevard Haussman, where France's famous Grands Magasins are located.

"A tourist who finds the shop closed on Sundays will not wait until Thursday," said Fabius, lining up for a war with France's trade unions, who have fought hard against sunday openings in recent months.

Fabius also said parts of Paris's Gare du Nord railway station would be renovated starting with the hall for those travelling by Eurostar to and from London.

"The Gare du Nord is Europe's leading railway station and it must be able to stand comparison with Saint Pancras" station in London, he said.

He also recognises there is a problem in getting to and from Charles de Gaulle airport.

"It's essential that tourists have safe and regular means of transport to get them into the centre of Paris, within 20 minutes," Fabius said.