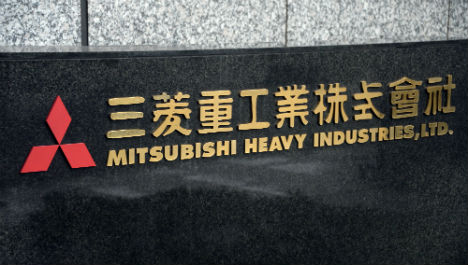 The logo at the Mitsubishi headquarters in Tokyo. AFP Photo/Toru Yamanaka

Mitsubishi's offer comes as it tries to convince the French government to choose the German-Japanese bid for Alstom's assets over a rival offer from General Electric, the Nikkei business daily said, without citing sources.

Mitsubishi and Siemens are reportedly offering $10 billion for Alstom's gas and steam turbine business, while the United States' GE has offered $17 billion for the French conglomerate's wider energy group.

A source told AFP on Thursday that Mitsubishi is now eyeing a minority stake in Alstom as it looks to reassure the French government of its intentions by forging a broader industrial alliance with the French "national jewel".

Mitsubishi's planned capital injection marks an attempt to sweeten its offer to ensure its joint bid with the German giant is accepted, the Nikkei said.

The French government views Alstom as a firm of national strategic importance and is concerned about safeguarding jobs at the company — one of France's biggest private sector employers, with about 18,000 staff nationwide– as it battles record unemployment and declining industrial competitiveness.

The German-Japanese joint offer could scupper GE's bid, which has already run into political opposition in France.

France is worried that Alstom's business base may weaken should its energy assets be bought by foreign firms.

A Mitsubishi spokesman could not immediately confirm the Nikkei report. "We cannot comment on it as we are still in negotiations," he said.