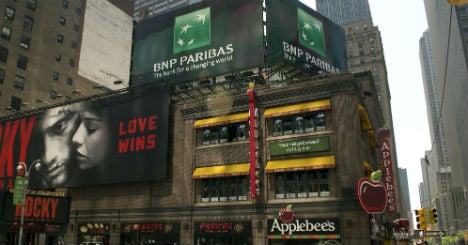 Dominique Remy, who has held a number of senior posts, resigned in mid-May after New York state banking regulator Benjamin Lawsky named him as one of the
12 officials who should step down due to their roles in the scandal, according to two people familiar with the matter.

Remy, 60, joined Paribas bank in 1979 and has held various posts in finance and commodities.

In July 2012, the bank appointed Remy head of the BNP Paribas Fortis Corporate and Investment Banking, in addition to his post as global head of structured finance.

US regulators and BNP Paribas executives are trying to hash out a settlement following charges the bank breached US sanctions against Iran, Sudan and Cuba between 2002 and 2009 by handling dollar transactions with them.

US news reports have said the US is seeking to fine the bank more than $10 billion. French officials, including President Francois Hollande, have criticized the size of the fine under discussion as disproportionate to the offenses.

US pressure is believed to have claimed a third senior executive, a source told AFP on Thursday.

He is Vivien Levy-Garboua, formerly in charge of internal controls at the bank's operations in North America and now an adviser to the management.