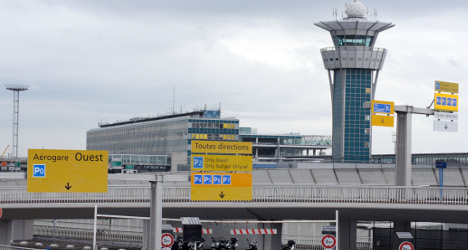 A cleaning lady stumbled upon a living newborn baby on Friday that was half swaddled in discarded paper and bags in the toilets at Orly airport, to the south of Paris.

After his discovery, the little boy, who reports said was of 'African origin', was immediately rushed to hospital in a life threatening condition, French daily Le Parisien said.

According to local prosecutors investigating the case, “the mother just gave birth” and then left the boy in the toilet in the departures area of the airport. Family welfare officers have launched an investigation to track down the mother.

It comes after similar cases in recent years, including a newborn with her umbilical cord still attached was found in a basket in front of a church-owned property in the Paris suburb of Champigny-sur-Marne in August 2012.

In 2011 a newborn trapped in a tied-up garbage bag was found alive in a trash bin in Sucy-en-Brie southeast of Paris. A neighbor spotted the child struggling in the bag and called for help.

Last year France was left shocked after a mother admitted drowning her baby in the sea. CCTV images captured the woman calmly walking her baby to the shore where she left her as the tide came in. Fabienne Kabou, 36, told police she wanted to kill the child because she felt it was "incompatible with her love life".