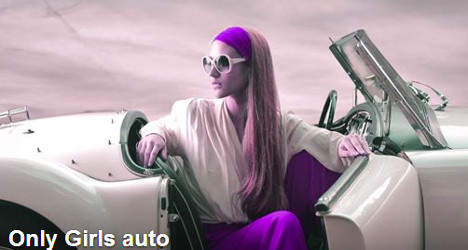 An "Only Girls" garage has opened near Paris offering both mechanics and manicures to customers. Photo: Only Girls/Facebook

Only Girls, which opened in May in the suburb of Saint-Ouen-l'Aumone, caters to women who feel they've been sold short and charged long by mechanics in traditional auto shops.

"When you're a woman, it's like you've got 'sucker' tattooed on your forehead," says Sandrine Hautenne, one happy 42-year-old customer.

From cam belt to brake pads, customer Sandrine got a 15-minute run-down on her car from a female mechanic. "If it had been a man, he wouldn't have explained any of this to me," she says.

With only a month to its name, Only Girls has seen 40 customers, two-thirds of them women. "They're so welcoming here!" gushes Jennifer Collon, a 25-year-old who was drying her ruby-red nails after a manicure here.

In addition to the "beauty corner", the garage includes a children's playroom. Its waiting room is more akin to a beauty spa than traditional garage, with mauve-coloured wallpaper, hardwood floors, flickering candles and velvet sofas.

With increasing numbers of women living alone or taking control of domestic affairs, it's simply good business to cater to them, says Rodolphe Bonnasse, from the communication group CA Com.

"The range of goods and services on offer has adapted to societal changes" over the past decade, he says, adding that for companies it's ultimately about "opening up new growth channels".

France, Bonnasse notes, has been a straggler in this so-called "gender marketing" trend – behind, say, England and Japan – but now has an array of sports clubs, insurance companies and even credit cards catering specifically to women customers.

For some feminist critics, like blogger Sophie Gourian, the trend is more a shallow marketing ploy than a reflection of women's lib. "The whole discourse behind this is really pretty old-fashioned, based on stereotypes" suggesting that women are "a bit daft", she says.

But for Only Girls' two female auto mechanics, it's been a professional windfall.

Aurore Dabireau spent three years struggling to find a job after earning a degree in auto mechanics. "Garage owners are sceptical (about hiring me), and I've often been told, 'you've got no place here'," she said.

Only Girls is France's second made-for-women auto mechanic, following a first female garage in the southern French city of Montpellier.

Hautenne says customers like her come here seeking "more transparency" about their repairs, and a "less macho" style.

"We only change what is strictly necessary, and we show our customers the parts and explain what we're doing," says manager Laid Hdachi.

Only Women sets its gender aims high, for customers and staff – but in at least one respect it is still traditional: its manager, Hdachi, is a man.