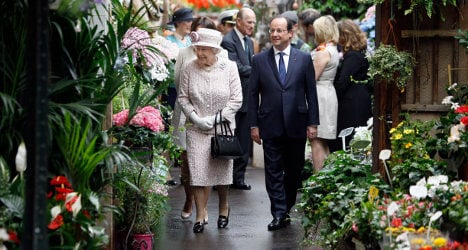 Crowds of royal fans gathered at the markets in central Paris to get a glimpse of the Queen. She and her husband Prince Philip embarked on a rapid trip to France – their first in a decade – to attend the 70th anniversary commemorations of the D-Day landings in Normandy.