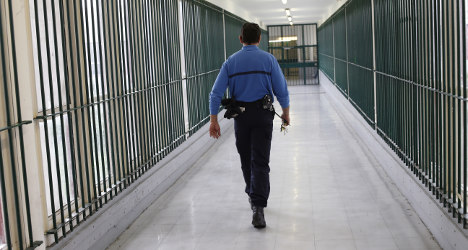 France may be rethinking the tough on crime stance it adopted under former President Nicolas Sarkozy.

Under a sweeping penal system reform voted on provision-by-provision in front of the National Assembly this week, lawmakers approved a ban on locking up expecting mothers and have backed creating a new type of probation that could replace prison sentences of up to ten years in length.

Assembly members have also voted to end the mandatory minimum sentences introduced under Sarkozy, which some activists have blamed for the spiking population in French jails.

The measures are far from becoming law, but have drawn accusations from the right-wing opposition of being soft on crime. However, they've got firm backing from Justice Minister Christiane Taubira who says reform is urgently needed because French prisons are dangerously overcrowded.

One of the signature measures of the bill would give judges the power to opt for probation over prison for criminals sentenced to less than five years' jail if the legislation is adopted, with the provision to be extended to ten-year jail sentences starting in 2017.

Christian Estrosi, a former minister and member of parliament of the right-wing UMP party, has taken a firm law and order stance, claiming that if Taubira’s measures were adopted, “6,000 delinquents would be freed”, according to French daily Le Monde.

The head of the UMP parliamentary group, Georges Fenech, called Taubira’s probation plans "cuddling therapy for jihadist candidates," noting that France needs to get tougher on crime. He noted it was especially urgent after the arrest of a French fundamentalist Muslim accused of a deadly shooting spree at a Belgian Jewish museum.

Yet, the reform bill's defenders say probation instead of prison is more effective because it requires more effort by offenders to rehabilitate themselves, whereas jail is a breeding ground for crime. More inmates also exacerbate the overcrowded and tense conditions in France's prisons.

Official data released in April showed that France currently has more prisoners behind bars than ever before in its history. An expert on the country's penal system told The Local that sentencing laws like mandatory minimums and immediate sentencing introduced under Sarkozy are largely to blame.

As of April 1st,  France’s total prisoner population stood at 68,859, according to statistics by the penal authority. With an operational capacity set at 57,860 prisoners as of March, the figures mean France’s prisons are holding nearly 20 percent more people than they are are made for.

Under the proposed legislation – which goes before the upper house of parliament later this month – probation would not be mandatory but would be at the discretion of judges, who currently are obliged to impose mandatory minimum sentences for repeat offenders.