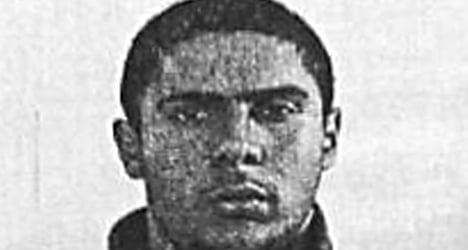 France was warned about a man now suspected of carrying out a mass shooting at Belgian Jewish Museum. Photo: AFP

The man arrested on suspicion of the killings, Mehdi Nemmouche, 29, reentered the EU via Frankfurt after spending a year in Syria and was subject to a "covert security check" before he travelled via France to Belgium, German interior minister Thomas de Maizière said on Thursday told journalists in Luxembourg.

"Germany sent notification to France without the subject [Nemmouche] knowing," the minister said in comments reported by Welt newspaper. De Maizière also questioned whether direct action should be taken in such cases rather than relying on tip-offs between agencies.

"Is it not perhaps better to stop these people?" he said before two days of talks that among other issues will review EU steps to identify foreign fighters and returnees from overseas conflicts.

Participants in the Syrian civil war with EU citizenship are of particular concern. France believes some 800 of its residents have or are planning to go fight jihad abroad, with the majority heading to Syria.

Nemmouche was arrested in Marseilles on May 30th during a chance encounter with border guards, which revealed a Kalashnikov assault rifle, a revolver and ammunition for both weapons in his duffel bag, as well as clothing matching that of the Brussels shooter.

An Israeli couple and a French woman died in the May 24th attack and a Belgian member of the museum staff was critically injured.

The suspect, who comes from Roubaix near the Belgian border and already served five different sentences in French jails, was described by French prosecutors as a radicalized Islamist. He now refuses to be extradited from France to Belgium, his lawyers said.