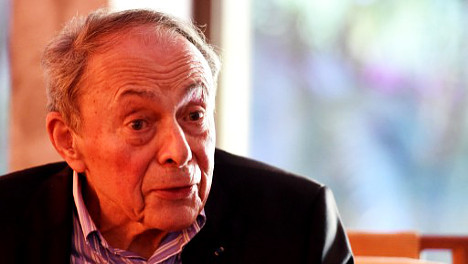 Michel Rocard speaks during an interview at the Embassy of France in Brasilia on April 30th 2014. Photo: Evaristo Sa/AFP

In an article published in Le Monde on Thursday entitled ‘English friends, leave the European Union but don’t let it die!’ the 83-year-old ex-premier accused Britain’s prime minister, David Cameron, of working against the best interests of the 28-nation club.

“Between you and us, the continental Europeans, there is a disagreement which is taking a turn for the worse,” the article begins.

Despite joining the club in 1973, Britain has never truly shared its sense of common purpose, Rocard said.

“You do not like Europe, it is your right and it is understandable. You did however [decide to] enter 42 years ago, but on the basis of a misunderstanding.”

Judging Britain’s solidarity with other member states to be half-hearted at best, Rocard concluded:

“So go before you destroy everything. There was a time when elegance was synonymous with Britishness. Let us rebuild Europe. Rediscover your elegance and you will get back our esteem.”

Rocard, 83, was Prime Minister under François Mitterand from 1988 to 1991, also serving briefly as leader of the Socialist Party. He has been a member of the European Parliament since 1994.

Rocard has previously said the EU would be better off without the UK. In 2012 he said in an interview: “If the British leave the EU, I would say ‘hurrah’… It’s partially down to them that social and justice issues are not EU competences.”