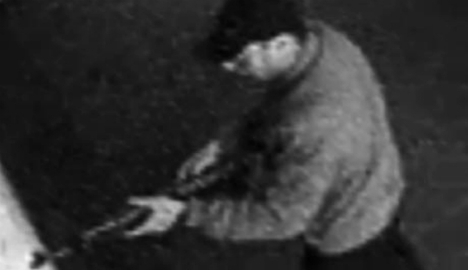 This handout videograb taken from security footage shows the suspected gunman who opened fire at the Jewish museum in Brussels on May 24th, 2014 killing three people. AFP/Belgian Police

Last month's bloodshed at the Jewish Museum in Brussels, he says, was only a question of time.

"Anti-Semitism? We don't even talk about it any more. We're used to it," said the shopkeeper as he stacked crates on the sidewalk in the capital's north-eastern 19th district.

"Unfortunately, there will be other attacks. We have to live with it."

The shockwave from the May 24th shooting, which left three people dead and one in critical condition, and the arrest of a French Islamic radical, Mehdi Nemmouche, over the atrocity, has sent jitters through Jewish communities across Europe.

Europe's treatment of its Jewish minorities remains a highly sensitive issue, with memories of the Holocaust in World War II still haunting the continent.

But the biggest threat to Jews today is seen as coming, not from a resurgent far-right, but from a tiny, angry minority among Europe's millions-strong Muslim community.

Since the turn of the century, Slama says he has seen the emergence of a "new anti-Semitism" fuelled by radical Muslims exploiting anger over conflict in the Middle East.

"These tensions have existed since the start of the 2000s," agreed Joseph, a 33-year-old Jewish man from the same neighbourhood, who says he long ago stopped wearing his kippa — Jewish skullcap — on the Paris metro.

Two years ago, France's Jewish community was stunned by a gun attack in south-western Toulouse, when a French Islamic radical called Mohammed Merah killed seven people including a rabbi and three Jewish children.

"Before this, I was afraid another attack would happen. Now I know that there are other 'Merahs' out there," said Joseph.

French leaders have admitted they face an unprecedented security threat from as many as 800 battle-hardened homegrown Islamic militants returning — like Nemmouche — from Syria in search of new targets.

France has half a million Jewish people, the largest community in Europe, as well as the continent's largest Muslim population at over five million.

Home to both large Jewish and Muslim populations, Paris' 19th district offers a microcosm of French society at large — and the tensions between the communities.

Last year, there were 12 anti-Semitic incidents involving violence or damage to property in this part of the city, according to a "protection service" run by the French Jewish community.

Some in the neighbourhood warn not to give in to "paranoia".

He admits being taunted with the phrase "dirty Jew" a number of times in recent years — but also recounts how after the Brussels attack his Muslim neighbours came to offer him their support.

But Myriam, a 58-year-old Orthodox Jewish woman, is seriously considering moving to Israel, whose leaders have denounced what they call growing "hatred" of Jews in Europe and elsewhere.

"From the moment you are visible, you face insults," she said.

In Brussels, the Jewish community is in shock and struggling to understand why it is being targeted.

"We are a small, peaceful community," said Paul Opoczynski. "Why can't our children go out on the road wearing their kippa, without the risk of being attacked?"

This sense of rising hostility is shared by a majority of Jews across Europe, according to a survey of discrimination carried out last year by the European Union Agency for Fundamental Rights (FRA).

According to the poll of 6,000 Jews in eight European countries, 76 percent thought anti-Semitism in their country had increased over the last five years.

Daniel Alter, a rabbi in Berlin, says in Germany "anti-Semitism is being expressed more openly and is becoming more aggressive than it has been in recent years".

"We used to receive anonymous anti-Semitic letters. Now people sometimes send them with their name and address," he said.

In Britain, the Community Security Trust, which works to protect the Jewish community, says there have been no specific threats against its members recently.

But "each time that something like this happens, it confirms your fears and stays in the front of your mind," said Mark Gardner, the Trust's communications director.

But there is a nagging feeling that Jewish people have become "a recurring target".

What upsets him most, he says, is what he sees as a half-hearted reaction from rights groups to violent attacks.

"The Jewish community feels it is alone in fighting the problem of radical Islam," said Ibgui.

For the French-Jewish writer Marek Halter, there is a sense that anti-Jewish sentiment "has never gone away".

"When everything is going well, there is no problem. But when there is a crisis, there is a search for a scapegoat, and there is one permanent scapegoat: the Jew, on which everyone can agree, the jihadists on one side, and the extreme right on the other."