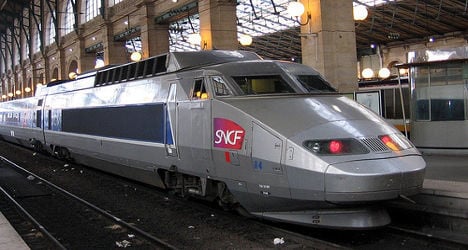 The strike would begin on June 10th at 7pm for a period of 24 hours. Photo: OliverN5/Flickr

Two of France's three biggest rail worker unions have warned the government they will strike on June 10 over a raft of proposed changes to the country's train network.

Both CGT-Cheminots and SUD-Rail, respectively the first and third largest rail unions in the country, have told the government workers will walk off the job next Tuesday at 7pm, French daily, Le Parisien reported on Wednesday. While the strike would initially be for 24 hours, it could be extended to more days.

Meanwhile, SNCF’s second largest union, Unsa-Ferroviaire, has filed a request for immediate consultation prior to any formal notice of the strike. On Wednesday afternoon the Unsa-Ferroviairewill decide whether it also plans to join the strike, representative Marc Baucher said.

The threat of industrial action is timed to coincide with the French parliament's debate a draft rail reform bill from 17th-19th June.

The bill, which proposes a restructuring of the SNCF and Réseau ferré de France (RFF) to improve their cost-effectiveness and competitiveness, has faced strong criticism from unions. They have complained the proposal does nothing to solve the company’s debt problem and does not go far enough in the reunification of the two companies, which were separated in 1997.

On May 22nd SNCF unions met with thousands of rail workers in Paris and demanded “another rail reform”.

Quoted by Le Parisien, François Nogué, head of Human Resources at SNCF said he “wondered about the motivations of some of the unions, with reductive and simplistic slogans, in calling for a hasty strike.” On June 12th the unions will meet with Transport Minister Frédéric Cuvillier.