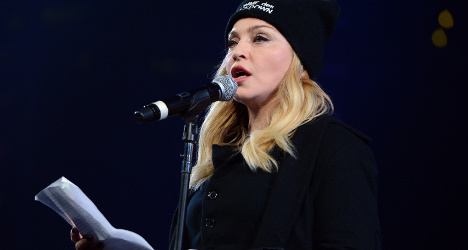 Madonna had enraged the FN in 2012 by showing a video depicting its leader Marine Le Pen with a swastika over her forehead at a Paris concert.

The post featured the front page of French newspaper Liberation from May 26, the day after the FN topped the polls in European elections with a record 25 percent of the vote.

The page shows a triumphant Le Pen celebrating the victory next to the headline, "FN France".

FN vice-president Florian Phillipot responded with a sarcastic suggestion Madonna was seeking controversy to court publicity at a time when her career has been eclipsed by the global stardom of younger rival Lady Gaga.

"In politics too, Granny Gaga has lost the plot," Philippot tweeted.