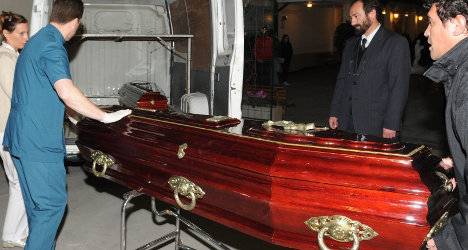 An Argentinian got 30 in prison for the murder and rape of two French women. Photo: AFP

A court in Argentina's Salta province Monday sentenced to 30 years in prison the man who raped and killed two young French women tourists out for a hike.

Three judges found the preponderance of evidence showed that Gustavo Lasi, 27, raped and then murdered Cassandre Bouvier and Houria Moumni, in 2011 when they were visiting the country's northwest.

Bouvier, 29, and Moumni, 24, were last seen as they entered La Quebrada de San Lorenzo park overlooking Salta in the afternoon of July 15, 2011.

They were found shot to death, their partially clad bodies dumped near a scenic overlook in the park.

Lasi, a former city employee and occasional guide at the park, was the main suspect. DNA tests linked him to the women's rape.

He acknowledged sexually assaulting the women, but insisted he did not kill them, and blamed the other two suspects for their murders.