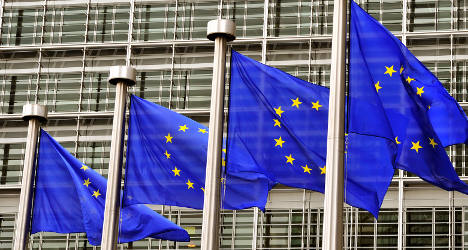 Jean-Claude Juncker believes he'll be the next head of the European Commission. Photo: Georges Gobet/AFP

Luxembourg's former premier Jean-Claude Juncker is confident that he will be elected president of the executive European Commission, despite opposition from some countries, including France, German newspaper Bild reported Sunday.

"In the European Council, a large majority of heads of state and Christian-Democrat and Socialist governments back me," Juncker told Bild, according to extracts of the interview released in advance by the newspaper.

The former Eurogroup chief said he would "rally others" in the next three to four weeks to his cause.

While he has the backing of German Chancellor Angela Merkel, Juncker faces strong opposition from leaders of other major European economies, including Britain's David Cameron, and, according to Bild, French President Francois Hollande.

Without citing its sources, the newspaper said Hollande told Merkel this week that the EU needed to send a signal to French voters, after the far-right eurosceptic National Front topped EU-wide polls in France with nearly 25 percent on May 25.

"He put pressure for a large-scale investment programme and put (the name of) his former finance minister Pierre Moscovici on the table," said the newspaper.

German magazine Der Spiegel meanwhile reported that British Prime Minister Cameron had warned that his country could leave the European Union if Juncker got the top commission job.

Quoting "sources close to the participants" of Tuesday's summit of EU leaders in Brussels, the German magazine reported that Cameron had issued the warning to Merkel.

Cameron reportedly told Merkel that picking Juncker for the job would "destabilise his government to such a point that it would bring forward a referendum on whether to exit the EU" — a move which is likely to result in a popular consensus to leave the 28-nation bloc.

"A figure from the 80s cannot resolve the problems of the next five years," Cameron reportedly said, according to extracts of the Spiegel article.

Cameron is deeply wary of Juncker, a EU federalist, particularly after his party suffered a humiliating defeat to eurosceptic UKIP in the European elections.

He has already pledged to hold a referendum on Britain's EU membership in 2017.

Juncker served as Luxembourg premier for 19 years, making him Europe's longest-serving leader until he was defeated in a general election last year.

He is a true EU insider, having led the eurozone group of finance ministers through the worst of the bloc's crisis and he is a staunch supporter of a federal European state.

EU leaders have traditionally named the Commission head on their own, but under new rules they now have to "take into account" the results of European parliamentary elections, though exactly what that means remains unclear.