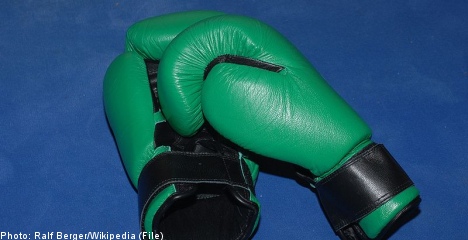 The 29-year-old lasted just 140 seconds of Friday's fight for the vacant WBO European title in Dresden when he suffered a suspected broken elbow after punching Pianeta's right shoulder.

After landing the punch with his left, the Frenchman let out a cry of pain and crumpled to the canvas in a bizarre end to the bout.

It was Vieira's fight outside of France and he was immediately offered a rematch by Pianeta, 29, who suffered the only defeat of his career to world champion Wladimir Klitschko in May 2013.

"I can't let things stand like that," Pianeta told German daily Bild as Vieira suffered the fourth defeat of his career in 19 professional bouts.

"I hope Mickael is better soon, because I want to know which of us is the better fighter."