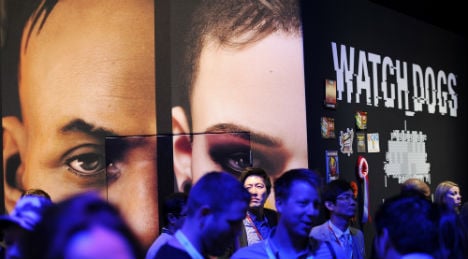 Attendees walk by the display for the game "Watch Dogs" by Ubisoft at the Electronic Entertainment Expo (E3) in Los Angeles in 2013. AFP Photo/Robyn Beck

Ubisoft, which was promoting its latest release "Watch Dogs", sent a copy of the game in a black safe to a Sydney reporter's office on Wednesday with a note telling them to check their voicemail.

But the reporter at digital media company Ninemsn, which does not review video games, did not have voicemail and the safe — "of the type found in hotel rooms" — started to beep when colleagues tried to open it, the firm said on its website.

New South Wales police were called to the central Sydney building and staff were sent home after the company found out other media organisations did not receive a similar package.

Officers forced open the safe in the basement of the building and found the "Watch Dogs" game inside. A police spokesman would not comment on the incident.

Ubisoft said the delivery "didn't go as planned" and it was taking steps to avoid similar stunts.

"We unreservedly apologise to Ninemsn's staff for the mistake and for any problems caused as a result," the company said in a statement.

"We will take additional precautions in the future to ensure this kind of situation doesn't happen again."

Ninemsn described the stunt as "ill-conceived", with editor-in-chief Hal Crawford adding that Ubisoft or its public relations agency "no doubt got carried away with their creativity".