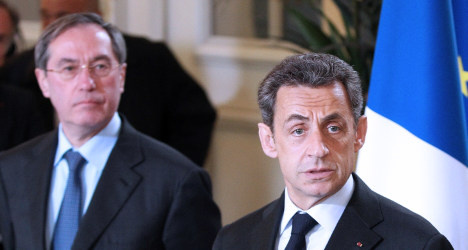 Claude Gueant, a former interior minister who also served as Sarkozy's chief of staff, was placed in custody after he arrived at the headquarters of France's fraud squad to clarify his role in the €400 million($557-million) payout to Tapie in 2008.

The payment was connected to a dispute between the businessman and partly state-owned bank Credit Lyonnais over his 1993 sale of sportswear group Adidas.

Tapie is suspected of receiving favourable treatment in the case as a reward for supporting Sarkozy in the 2007 presidential election.

Gueant, 69, is expected to be grilled on his relations with Tapie and to shed light on the numerous visits the businessman paid to the Elysee presidential palace in 2007 and 2008, a key period during the process of arbitration.

IMF chief Christine Lagarde, who was then finance minister, has been implicated in the scandal but has denied any wrongdoing.

She had referred the dispute to a three-member arbitration panel that ruled in Tapie's favour and has been questioned three times by French prosecutors.

Lagarde herself avoided being formally charged last year. If she had been charged, she would likely have had to quit as head of the IMF.

Instead, she was placed under a special witness status that forces her to come back for questioning when asked by the court – and leaves the door open for charges at a later date.