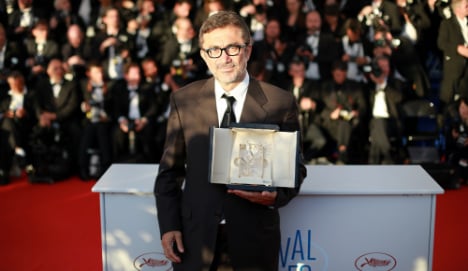 Jury president Jane Campion, the New Zealand filmmaker, handed over the trophy to Ceylan, who beat out 17 other contenders including David Cronenberg, Jean-Luc Godard and the Oscar-winning director of "The Artist", Michel Hazanavicius, to claim top honours.

Ceylan dedicated the prize to the Turkish youth "who lost their lives" in violent anti-government protests that have rocked Turkey over the last year.

Julianne Moore won best actress for her role as a shallow starlet in Cronenberg's biting Hollywood satire "Maps to the Stars".

Having won a battle with cancer in the mid-1990s, Spall fought back tears as he thanked the jury, and God "to still be alive".

Bennett Miller scooped up the best director award for "Foxcatcher", a Hollywood film based on the real-life murder of an Olympic wrestler by multi-millionaire John du Pont.

Critics embraced the 47-year-old's third feature film after "Capote" and "Moneyball", and viewers were left particularly stunned by Steve Carell, whose performance as the deranged, sinister du Pont marked a complete turnaround from his previous funny man roles.

"It's really something to be supported, and to have people who have faith in you, and to come out the other side," Miller said.

The runner-up Grand Prix went to Italian director Alice Rohrwacher, one of two women in competition, for her lyrical look at the rural life of a family of beekeepers, "The Wonders".

And the third-place Jury Prize was shared by the oldest and youngest filmmakers in the race, 25-year-old Xavier Dolan for his innovative drama "Mommy" and Godard, 83, with the 3D extravaganza "Goodbye to Language".

Best screenplay went to "Leviathan", a harrowing drama assailing abuse of power in today's Russia by Andrei Zvyagintsev. "Winter Sleep" marked the first win at the world's biggest cinema showcase for Turkey since 1982, when "Yol" by Yilmaz Guney shared the gong with "Missing" by Costa Gavras.

Campion said she had been "scared" by the film's epic length before she saw it.

"(But) the film had such a beautiful rhythm and took me in — I could have stayed there for another couple of hours."

Ceylan had already won awards at Cannes for his previous films "Uzak", "Climates", "Three Monkeys" and "Once Upon a Time in Anatolia".

And bookies had tipped "Winter Sleep" even before its screening as the favourite to capture the Palme d'Or, based on his track record and a sense that he was due.

Based on short stories by Anton Chekhov, their tense triangle plays out in a quaint hotel serving hikers and motocross enthusiasts in the rugged region.

Aydin, the husband, acts like the benevolent monarch of his remote community, dispensing charity and, when he sees fit, harsh discipline to the villagers.

He sees himself, however, as a champion of enlightened reason in conservative Muslim Anatolia, and a guardian of Turkey's rich cultural tradition.

Ebru Ceylan admitted to reporters at the festival that the writing process with her husband was "very intense — we often had quite serious quarrels".

It said Ceylan was "at the peak of his powers" with the film, "a richly engrossing and ravishingly beautiful magnum opus that surely qualifies as the least boring 196-minute movie ever made".

Nuri Bilge Ceylan expressed "great surprise" in winning the prize in a historic year for the industry in Turkey.

He pointed out that this year was the 100th anniversary of Turkish cinema, adding it was a great "coincidence." 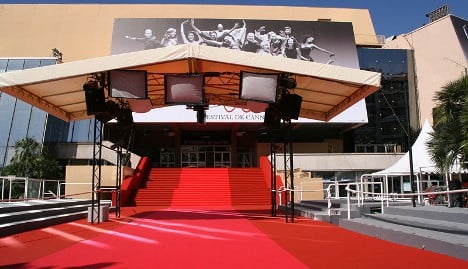 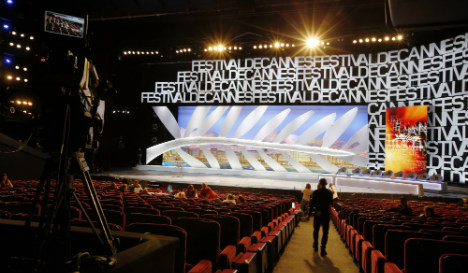