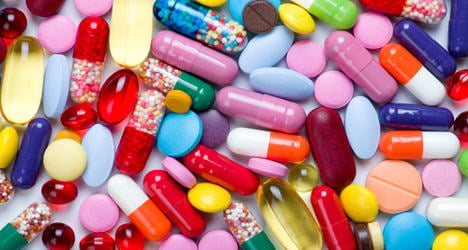 Some 32 percent of France’s nearly 65 million people regularly or occasionally used drugs to deal with depression, anxiety and other psychiatric disorders in 2013, according to new data from the national drug safety agency.

France has historically been a heavy consumer of medicines, especially anti-anxiety or anti-depressants, but in recent years the use of psychiatric medication fell more into line with its European neighbors. However, new data from ANSM indicate the number of pills being popped is climbing again.

“It is a true public health problem,” one of the authors of the study, Bernard Begaud, told French daily Le Parisien. “It is in our country that these types of medicines are the most used, but also the most misused. For example the number of broken bones suffered in falls or car accidents in which the victims were on medication is rising.”

Though not everyone agrees there is a danger in France.

Another expert, Jean-Pierre Olié a member of France's National Academy of Medicine, told The Local a study that considers psychiatric drugs as a whole, despite their varying effects and needs, amounts to "professional misconduct."

Regardless of expert's debate, psychiatric drugs carry a range of side effects that include higher blood pressure, fatigue, insomnia, nausea and loss of sex drive.

Despite the risks,“These drugs are too often prescribed and over too long a duration. Previously established health risks remain while new risks are emerging,” ANSM noted in its report.

This is not the first alarm raised on the issue in France, a country which is home to 23,000 pharmacies, double the number in the United Kingdom and a thousand more than in Germany, a country with 17 million more people.

'The French are world champions'

While promoting his 2012 book on the psychiatric medication epidemic in France investigative reporter Guy Hugnet told The Telegraph: “We are world champions, per capita.”

He noted one in five French people had been treated with one of the cornucopia of psychotropic (the umbrella term for psychiatric drugs) drugs in their lives.

“Psychotropic drugs are useful when used for mental illness or emergencies. But in France, they are used in an anarchic way and only a third of such consumption is justified,” he said.

But Olié, the National Academy member, told The Local that France is more generous across the board in all healthcare resources, which allows for a more comfortable experience for patients.

"It's true from antibiotics to anti-cancer drugs," Olié said. "We've removed twice the number of prostates in France than in England. We hospitalize people twice more often here than in England."

Nevertheless some mental health support groups would rather a shift of emphasis towards other treatments.

"We support alternatives to wholly medical/biological psychiatry which are effective and which improve the lives and life chances of people with poor mental health," a spokesperson for Mental Health Europe told The Local.

Also troubling on the topic of psychiatric drugs, is the mix of drugs available to patients is also a danger in France. Some 230,000 French people’s health is at risk due to secondary effects from mixing and matching medications, according to a study by health industry data firm Celtipharm, also cited by Le Parisien.

A sizable majority of that number, about 92,000 people, is composed of patients over the age of 70 who are taking multiple medicines, sometimes from various treating physicians.

Even before France's so-called "collective depression" brought on by the economic crisis, the country was already faced with one of the highest rates of suicide in Europe.

Everyday in France an average of 21 men and eight women take their own lives and around 700 attempt it, according to recent figures.

SEE ALSO: Why does France have such a high suicide rate