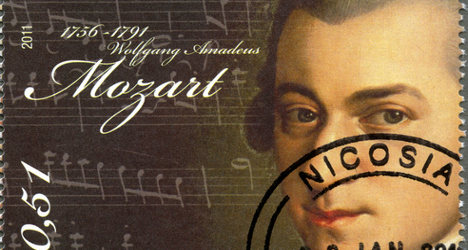 Beethoven’s Ode to Joy has become the battle cry for one very annoyed resident of a suburban Paris apartment building.

Every night for the past two years groups of young men have taken to drinking, smoking and drug dealing in front of the man's home in Montrouge. He tried calling the cops, but the spotters who work for the dealers give the order to scatter as soon as officers rolled up, French daily Le Parisien reported this week.

Then within minutes of the cops leaving the dope sales, boozing and smoking would resume unabated. Finally one night in April, when the base from the dealers’ music drowned out the angry resident's own voice as he sang lullabies to his young daughters he finally lost it.

“I don’t know what came over me. I opened the window and I started shouting the Little Green Mouse (Souris verte) or My Little Rabbit (Mon petit lapin),” he told Le Parisien.

He saw results immediately. His noisy, off-key singing drove some of the dealers away that night. Joel was overjoyed: “It was a peaceful solution to take back our property.”

But his repertoire of lullabies was pretty limited so he went with the next best thing, recordings of classic music. Every night at 8pm he began setting up a speaker on his balcony and letting rip The Marriage of Figaro by Mozart or Tchaikovsky’s The Nutcracker.

The dealers hated it.

“They asked me why I was doing it,” Joel said. “I told them their noise bothered me.”

The nightly classical concert drove off some of the young men. But those that stayed responded with shouts or blaring rap music. They even hurled stones at his window.

“I filed a complaint with the police. But I’m not going to stop,” he said. “Their behavior is unacceptable.”

Despite the dangers, he plans to keep up his classical battle with the dealers. But he feels the whole building has to get involved for it to work. Music pouring from one balcony does not have nearly the strength of music of Beethoven blaring from all of them.