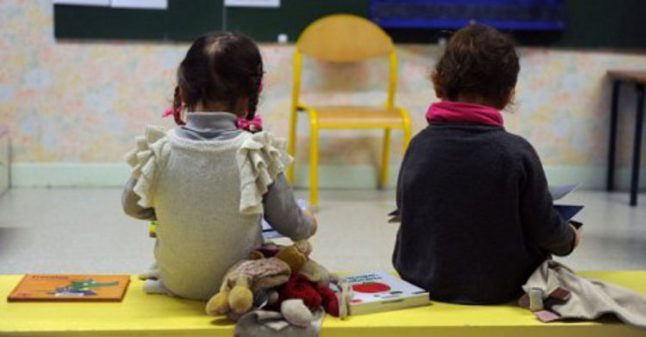 France seems no nearer to banning the spanking of children, known as la fessée, after a planned debate in parliament to discuss a proposed bill was halted.

Members of France’s Greens group had put forward an amendment to a new Family Law bill that would have seen an end to la fessée.

"Violence is never obligatory to assert parental authority," Lambert said, before expressing his confusion over the fact that if "a father slaps his son", in the street people find it "almost normal", but not if it is a woman who is struck.

Lambert said the law would bring France in line with 18 other European countries.

However Laurence Rossignol, a junior minister in charge of family affairs, said on Monday that the government preferred to discuss them as part of a separate bill targeting child abuse.

Under pressure from Brussels many countries in Europe have either banned or are in the process of prohibiting spanking or any kind of corporal punishment. France, where the law still tolerates the “right of correction” of children by family members, appears increasingly isolated with its refusal to alter legislation.

Scandinavian countries as well as Germany, Spain and Portugal, Italy and Austria have an outright ban whereas the Czech Republic and Slovakia are considering a ban. In France, Belgium and Switzerland smacking is only allowed in the context of a family.

The UK has a similar law, in that it is illegal to inflict injuries causing more than a temporary reddening of the skin.

According to the organisation Union of Families in Europe (UFE), France is one of the few European Countries where it is believed that “spanking is an educational method”, French newspaper Liberation noted.

British children’s rights charity lodged a complaint against France over its failure to ban corporal punishment with the European Committee of Social Rights, Paris responded by insisting the penal code, which prohibits the abuse of a minors, is adequate to defend the rights of children.

However there is confusion around the law. Last year The Local reported on the story of a father who was fined €500 for spanking his son, who he claims, had shown him disrespect.

Following that case pressure increased for a new law to be brought in banning spanking, however when or if that happens is anyone’s guess.

There's no such thing as a little smack'

Last year Dr Gilles Lazimi, who is leading a campaign by the Foundation for Childhood in France for a new law to be introduced banning corporal punishment, told The Local: “There’s no such thing as a little smack”.