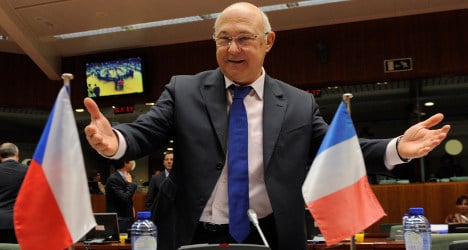 France got a fresh dose of bad news on Thursday when Insee national statistics institute numbers revealed the economy had not grown at all in the first quarter of the year.

But the news didn't send the battered Socialist President François Hollande's cabinet running for cover. Instead Finance Minister Michel Sapin said it was no big deal.

"It doesn't matter, but it confirms all the policies we have in place today," he said, according to French daily Le Monde. "These are numbers from the first quarter, it's the moment when the president of the republic had the intuition to say "we must accelerate, we must intensify because we must accelerate our growth."

The latest black eye for Hollande and company comes against the background of a U-turn on policy by his government to cut the budget deficit and boost business. The the latest data is seen as a disappointment particularly as several other European countries are pulling ahead.

France has the second-biggest economy in the eurozone after Germany, and its unfavourable performance with the neighbouring economic powerhouse has become a matter of major concern domestically, abroad and on financial markets.

Broader data for the eurozone economy indicates that recovery is pushing ahead, but moderately and is rather fragile, in part because of uncertainty over the Ukraine crisis.

However, most of the quarterly signals in the latest data from INSEE pointed downwards.

Household consumption, which is usually a main driver of growth in the French economy, shrank by 0.5 percent in the quarter. In the previous quarter it had grown by 0.2 percent.

But since then, French households have received their 2013 tax bills, with measures to cut the budget deficit hiking taxes for all and with many people having to pay income tax for the first time.