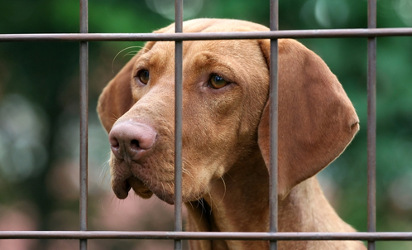 According to reports the dogs left an animal shelter in the south-western town of Tarbes on April 23 in a Paris-bound truck, belonging to a transport company. The animals were being moved because they would have been put down if they had stayed at the overcrowded shelter.

While the truck wasn’t approved for animal transport, the driver assured the shelter he would stop regularly and give the dogs a breather.

But during the trip, the rear door, which covered the cargo area in which the caged animals were riding, was left open. It appears the truck exhaust may have then flowed into the animals’ compartment, killing 24 of them.

“We are beating ourselves up, we should have never let the truck leave,” Maud Starck, vice president of the Tarbes SPA chapter, told French daily Le Parisien.

For their part the Paris animal-rights group, Société Protectrice des Animaux (SPA), that was trying to save the dogs has expressed its condolences.

“I wish to present my sincerest apologies,” President Natacha Harry wrote on the group’s Facebook page. “We are overcome by the shock of this tragedy and will no doubt be for some time to come.”

Authorities have launched an investigation into what went wrong during the roughly eight-hour ride between Tarbes and Paris but the blame game over what went wrong has already started.

The locals in Tarbes said the Paris group was responsible for the travel arrangement, Le Parisien reported. And the Paris SPA says the blame lies with the transport company that provided the truck.

For its part the transport company, Sapca, has lashed out against the “tragic” malfunctioning of the shelter in Tarbes.

Prosecutors, who have been assigned to investigate the case, will be left to decide who is at fault.

However, for outraged animal lovers online there was little doubt who was responsible for the deaths. They were blaming the transport company.

(Translation: Total amateurism by the transport company! Responsibility must be establish urgently by Natacha Harry president of SPA)