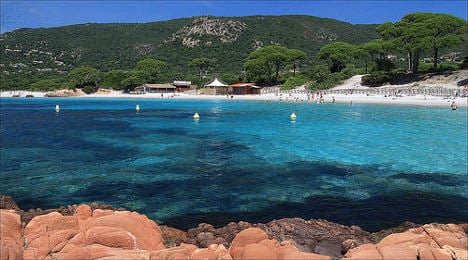 Every summer in France the cities tend to empty as inhabitants head to the coast in search of sun, sand and sea.

With so many fantastic beaches dotted along the coastline it’s no surprise city dwellers are so desperate to get away.

Those same beaches are the reason why millions of foreigners flock to France each year. From the cliff-shielded plages of northern France, to the long sandy stretches of the Atlantic Coast and the warm waters of the Med, there’s plenty of choice.

But here’s ten of the best according to beachgoers themselves who voted for their favourites for travel website TripAdvisor.

Let us know if you agree with the best beach or if you think Paris Plage should be number one!