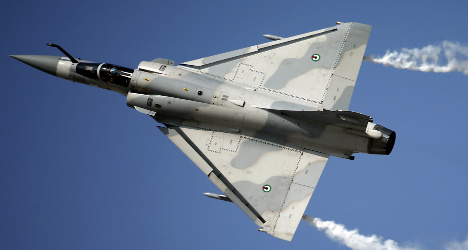 Authorities have not yet said what caused a French air force fighter jet to drop out of the sky on Monday near the tiny village of Baroches in northern France without killing anyone.

The pilot ejected from plane and parachuted to the ground safely after his jet went down around 4:30pm in a field that is near some homes, French daily Le Parisien reported.

While these types of crashes are rare among France’s fleet of some 300 of these type of aircraft, they are not unheard of in France. Since the 1990s about 15 of the jets have gone down on French territory.

The crashes have generally taken place in sparsely populated areas during training missions. Most recently a Mirage 2000 crashed in June 2013 in the Haute Saone area in central France.