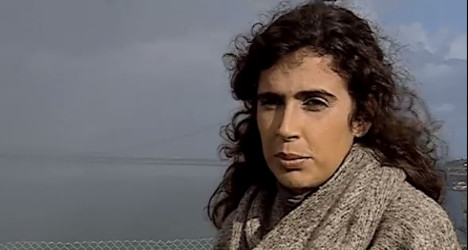 French second division club Clermont on Wednesday named Portuguese Helena Costa as coach, becoming one of the highest-level teams in Europe to put a woman in charge.

Costa, 36, trained with Benfica before coaching the women's national sides in Qatar and Iran. She has also worked as a scout for Scottish champions Celtic and top clubs in Spain and Portugal.

Her appointment was announced in a tweet from the club.

"This nomination will allow Clermont Foot 63 to enter a new era," said a club statement placed on its website.

Costa is to be officially presented to the media as Clermont's new coach at the end of the season.

Costa becomes the sixth coach appointed by the club's owner Claude Michy, who according one report in France, always choses his new managers on instinct alone.

Clermont president Claude Michy said he had wanted to make a "landmark" choice and that based on her CV Costa should be coaching a Champions League team.

But he added that he has already warned Costa that he is a "macho".

"It's the first thing I told her. The choice was complicated in my mind," Michy told AFP.

"You can never tell what will happen, we will see. You have to act, it will liven up everyone's day.

"Football people are surprised but there are lots of women leaders in business and politics. In Germany the chancellor is a women. You have to be provocative sometimes," said Michy, a businessman.

The historic move was applauded by France's Minister for Women's Rights and the clubs supporters themselves.

"Bravo Clermont Foot for understanding that giving a place to women is the future of professional football," said Najat Belkacem on Twitter.

Clermont supporters were delighted by the move.

"It suprised us when we read the club statement. But once we got over it we all believe that it is a good thing," said Veronique Soulier, president of the Clermont Foot Supporters Club.

"The boys in the team can be difficult to manage. They can be quite sensitive, that is what the other coaches have told us. With a woman in charge maybe they will be less demanding," said Soulier, herself a rare woman head of a supporters' club in France.

'It's only a matter of time'

Before Costa's appointment, Carolina Morace was the most notable woman coach in the key European leagues. Morace was manager at Italian Serie C1 side Viterbese for just two matches in 1999, quitting because of the media pressure.

However some women in the game have been predicting a top European club would eventually make a move like this at some point.

Former England woman's team manager Hope Powell said back in 2012 that it would only be a matter of time before a woman coach was given a top job in the sport.

"Whatever is said at the top level, we're in an entertainment business. Someone, somewhere will appoint a female manager," Powell told the BBC.