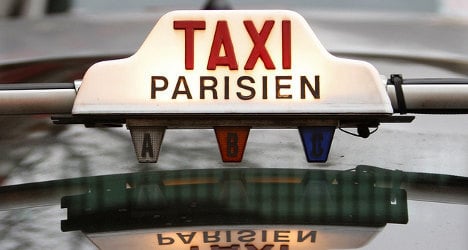 The cab driver forced the hapless passenger to pay him €400 for the journey. File photo: Jean Pierre Gallot

This story will do no good for the already poor reputation of taxi drivers in Paris.

Tourists visiting France’s capital are often wary of being ripped off by cab drivers. What they are perhaps less prepared for are unlicensed cabs charging them hundreds of euros as they attempt to evade police.

This was what happened to an unfortunate Indian tourist last week who picked up a taxi shortly after landing at Roissy-Charles de Gaulle airport in Paris in the evening.

Anyone arriving in Paris will have seen taxi drivers touting for business by the arrival gates.

In this case the 29-year-old female tourist accepted a ride from one of them, not knowing he had no driving license let alone permit to drive a cab.

Soon after the woman got into the taxi the vehicle was approached by police, French daily Direct Matin reported on Monday. In an attempt to evade police the driver then sped off towards the A1 motorway at around 200 km/h, prompting a high-speed car chase.

At one point during the chase the driver attempted to drop the passenger off on the hard shoulder but was unable to do so as the police were catching up with him, according to the paper.

The driver, 46, eventually managed to drop the passenger off at Survillier (Val d’Oise), around ten kilometres into the journey.

But before he let his victim go he reportedly forced her to pay him €400 – the entire contents of her wallet.

The horrified tourist then reported the incident at a nearby police station.

The suspect has since been identified thanks to CCTV footage at the airport. He was then charged with illegally working as a taxi driver, driving without a licence, abducting a passenger and refusing to comply with police.

He is due to appear in court in Pontoise.

Last week The Local reported how a driver for the car service Uber was fired for refusing to give a lift to two gay men after telling them homosexuals weren't allowed in his vehicle.