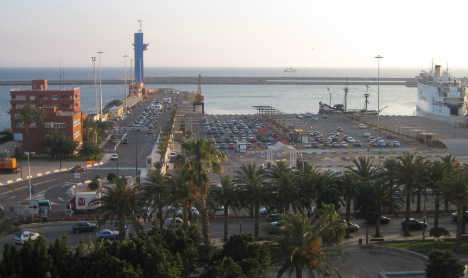 Spanish officers with the help of French police seized Abdelmalek Tanem, 24, in the southern city of Almeria on Wednesday.

Spain's interior ministry said he is suspected of carrying out "terrorist activities" in Syria with two jihadist factions: the Islamic State of Iraq andthe Levant (ISIL), and the Al-Nusra Front.

Tanem is thought to have served as a "combatant" as well as a "facilitator"on the Syria-Turkey border, where he helped other Europeans travel to join the group, according to the ministry.

Spain's National Court Judge Eloy Velasco ordered Tanem to be held in jail pending his extradition to France, where he is wanted for allegedly sending four people to Syria to fight for the two factions.

Tanem is expected to be extradited to France "in the coming days", a court official said.

He has denied the accusations against him.

Spain has arrested hundreds of suspected Islamists in the decade since Al-Qaeda inspired bomb attacks killed 191 people on commuter trains in Madrid in March 2004.

Spanish security forces say they fear battle-hardened Islamist fighters may return from Syria under the influence of Al-Qaeda-inspired groups, presenting a threat of attacks in Spain.

Both Al-Nusra Front and ISIL were initially offshoots of the Al-Qaeda branch in Iraq before deteriorating ties between them in Syria erupted into violence.