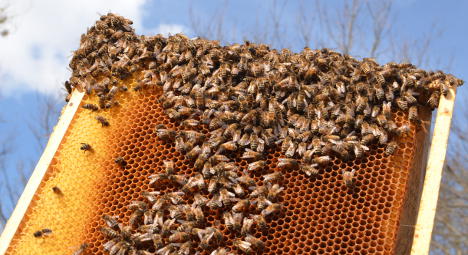 Anyone willing to steal 61 hives or 25,000 bees must be wary about being stung and that was the case in France this week, thanks to a member of the public.

In March thieves pilfered the hives from an apiculturist based in a remote part of the Loire region.

Beekeeper Bernard Nicollet reported the hives, worth around €60,000, were stolen in the middle of the night from his land in Cergne between March 12th and 14th. A distraught Nicollet said the bees represented “a decade of his work”.

Nicollet and his wife Marie Christine, who have around 400 hives in total, believed the thieves were experts as they only targeted hives containing bees. Police also said they must have had substantial equipment to transport the hives.

For nearly two months the theft remained unsolved until they received an anonymous email from a member of the public this week.

And the identity of the thief left the couple shocked.

“Police called us to say they had found the hives near Rennes, at the home of an intern, who was with us in February,” said Marie-Christine Nicollet.

“We are thrilled. We will see them as soon as we get authorization from a judge,” she said.

The intern reportedly told police that he had bought the hives from the couple.