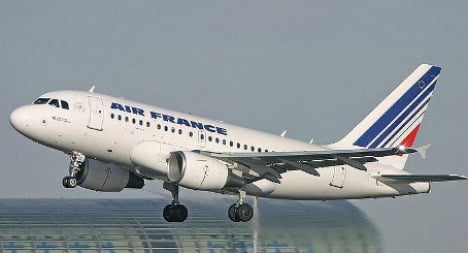 The country’s leading pilots union (SNPL France Alpa) had angered the government and Air France chiefs by calling members to hold a strike between May 3rd and May 30th on several hours each day.

But on Friday union chiefs announced they had lifted the strike threat, just a day before pilots were due to walk out, after the government promised to take steps to allievate their grievances.

Unions called for the walk-out in protest over the rules surrounding their right to strike and the high amount of taxes that airlines have to pay in France.

They wanted a law changed that forces pilots to inform their companies that they intend to go on strike 48 hours before the walk-out, which is intended to allow airlines to get information to those affected passengers in advance.

But for unions that law undermines the impact of their industrial action and their basic right to strike because it allows airlines to draft in pilots from other countries.

This effectively means that although many pilots will strike, the impact on flights can be minimal, as they can simply be replaced. A recent EasyJet strike did not result in any flight delays or cancellations despite the fact that 85 percent of pilots walked-out, according to the union.

France's transport secretary Frédéric Culliver promised to meet with airline bosses in the coming weeks to try to resolve this issue. Culliver also said he would set up a working group to look into the amount of taxes paid by airlines.

"The government recognised for the first time that these practices were not acceptable," Deshayes told reporters, adding the government had made "a strong commitment" on looking to modify the law, although "no guarantees" had been given to the union.

Angry Air France chiefs had said the strike could threaten the recovery of the airline, as estimates emerged suggesting Air Fance may have to cancel around half of its long haul flights.

Air France CEO Frédéric Gagey sent an open letter to the president of the union in an attempt to make him change his mind.

The strike "comes at a crucial time in Air France's recovery", said Gagey, who added that the company is expecting to make a profit this year after six consecutive years of losses.

"It's incomprehensible that this action, which has nothing to do with Air France, should stop this momentum," Gagey added.

The industrial action would have consisted of work stoppages at set times throughout each day when pilots would lay down their controls, to prevent companies from flying in foreign replacements.

Thankfully for anyone due to take a plane in France over the next month, the situation appears to have been resolved. For the time being at least.