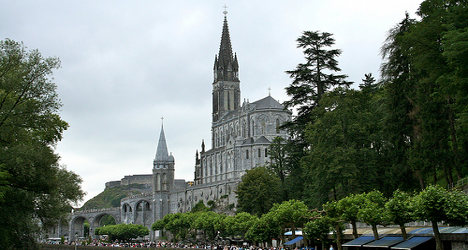 French holy site Lourdes was rattled by a 4.7 earthquke on Tuesday. Photo: cocoate.com/flickr

People in southwestern France got a bit of a jolt to start the day on Tuesday when a 4.7 magnitude quake, whose epicentre was located near Lourdes, hit around 9:20am.

The tremor, reported by national quake monitors Bureau de Sismologie France, didn’t appear to have left any damage in the town which sees thousands of pilgrims drawn by its holy shrines and spring water that some believe has healing powers, French daily Le Parisien reported.

Europe1 reported that the site's famous sanctuaries were evacuated after the quake.

This BCSF map shows the quake that struck near Lourdes on Tuesday morning.

But the quake did appear to rattle a few nerves, according to a tweet from Haute Pyreénées regional council Vice President Jacques Béhague.

(Translation: Little earthquake in Haute Pyrenees seems like a sign of snow…many people have a small fright)

Two smaller quakes were also reported at around 9am by another monitor the Réseau de Surveillance Sismique (Network of Seismic Surveillance)  measuring 4.4 and 3.4 on the Richter scale.

Tuesday's earthquakes come after a rare, but stronger tremor earlier in April in south west France that measured 5.2 in magnitude and caused some minor damage. The recent quakes serve as a reminder that France is at risk of a serious seismic event that will cause fatalities, experts say.

“We don’t know when a big one will come, but it will and there will certainly be fatalities,” French seismologist Remy Bossu from the European Mediterranean Seismological Centre (EMSC) in Paris told The Local earlier this month.

South-eastern France is in a potentially dangerous active seismic zone and the next one could do some serious damage. The last time France was hit by a deadly tremor was back in 1909 in the town of Lambesc in Provence, which left 46 people dead and 250 injured.

EMSC’s Bossu says deadly quakes of that scale hit France on average every 100 years, so based on averages a big tremor is due.

And when it does strike, Bossu says, we could see the scale of damage seen in the historic Italian town of L’Aquila which was devastated by an earthquake five years ago that left nearly 300 dead. After the quake six scientists were jailed for manslaughter for playing down the risks of earthquakes in the region. 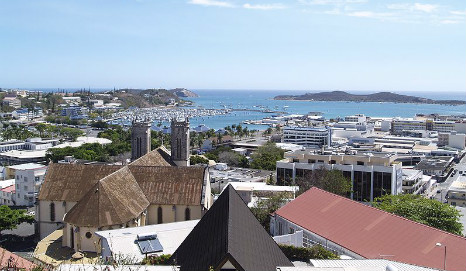