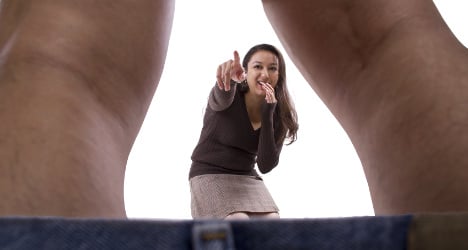 The insecurity among young Frenchmen appears heightened by the fact that 61 percent of 18 to 24s believe that the size of the male sexual organ plays a key role in being a successful lover.

Around 11 percent of couples admit to making a sex tape, which represents almost double (6 percent) the number who were making home-movies back in 2009.

In 2008 a 600-page study by France’s National Research Agency on AIDS revealed the changing sexual habits of French people with both the number partners and diversity of sexual activity having significantly increased in recent years, Time magazine reported.

Although that may not come as a surprise one interesting evolution revealed by the study was how French women had nearly caught up to their male counterparts in terms of the number of lovers they have and the age of initiation and variety of acts engaged in.

The study concluded the drop in inhibitions was mainly down to the ease of accessing X-rated content on the internet.